There's a little pumping station on the big empty plain between the Marchlyn Reservoir to the waterworks on the outskirts of Llandygai. I had walked past it with Roelof once, and near it with my American friends; not sure I've been more often! But I like that empty space. So we decided to use it as a destination for the weekly social distancing walk.

We would  meet up on the outskirts of Mynydd Llandygai. When I walked there I bumped into the neighbour! And I saw an opportunity. I had a bottle of hand sanitiser ready so I used it, and then gave the dog a cuddle! That way it's safe. But then it was time to resume my way as I didn't want to be late. I was anyway, but only a bit!

We set off. When we got onto the empty plain Chris suggested a small detour. There was a big rock cannon there! Cool! I think that was only my second, after the one in Cwm Eigiau. 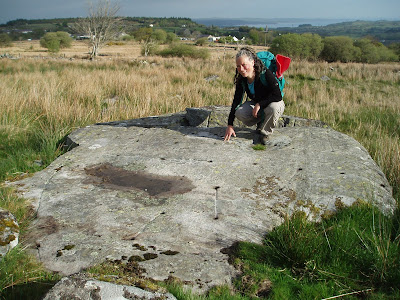 Me on the rock cannon. Pic by Chris


We moved on. When we pretty much got to the actual pumping station we sat down for the first coffee break. It was a lovely day with lovely views! No hurry. 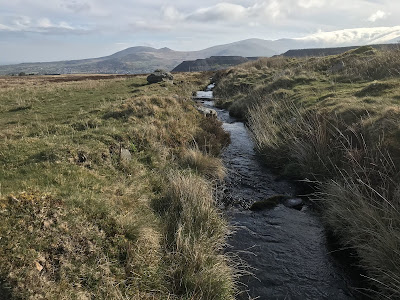 The leat near the pumping station 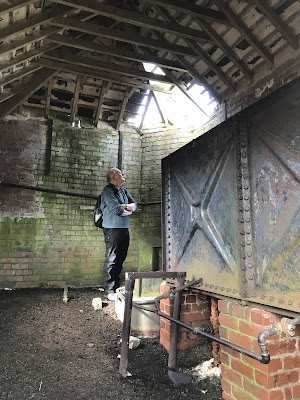 Chris in the pumping station 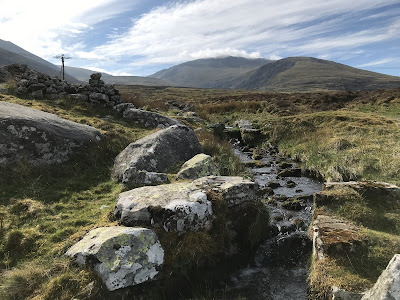 Stream coming from the reservoir

We had got to the destination so soon we needed a new one. So we decided to walk on to the road to the reservoir, and from there around Moel y Ci. We had another coffee break on the way, and lunch when we were on the hill, straight above where we had started. And then it was time to say goodbye again! It's nice to see a physical person once in a while. And we had had plenty to talk about.

We already have an idea for the week after. Let's hope the weather plays ball! 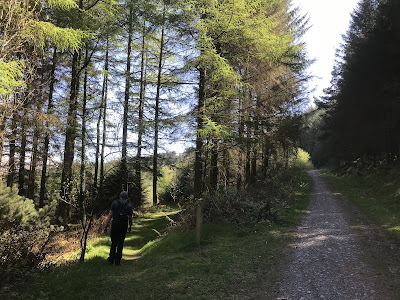 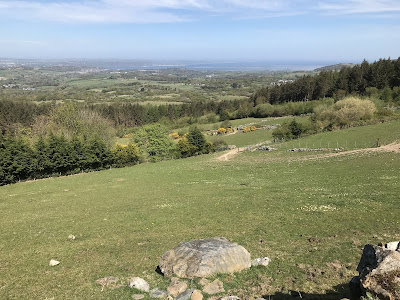 Views when coming out of the woods