Last hike with the Americans

It had been while since I had seen Jeff, Julie and Eleanor! Life kept getting in the way. But I wanted to see them before they would leave so I suggested the Sunday after the Ceiling day. And they were available!

When they showed up we first had a coffee in the garden. That was nice! The we went to Mynydd Llandygai to pick up a public footpath into the empty land next to the quarry. It was nice!

The path through the quarry has been closed, and we ended up on a sheep trail, and had to bushwhack back to a path. But it was pretty! And nice weather. 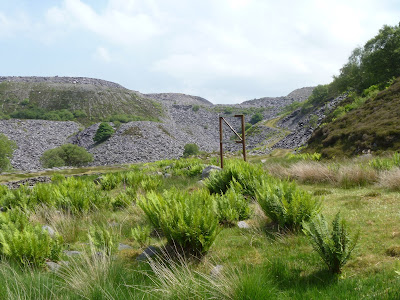 The quarry from close up 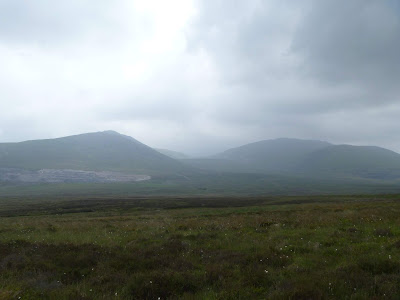 The quarry from far away

On the way back we went past the Londis for sandwiches, and had lunch in the garden. I had texted Jeff the day before to say I had had a swim in the river, and that we could all do that after a sweaty walk if we wanted. It wasn't half as hot that day than the day before, but Eleanor had planted the thought of a swim in her head, and it wasn't coming out. She had brought all the paraphernalia! A swimsuit, a swimming cap, even goggles. So we were giving it a try!

Soon they will be flying back to the states. I will miss them! But who knows. Maybe I'll one day come their way!
Posted by Margot at 07:14