Every autumn, I do a day in the field with the students of my glaciological module. The students work in an area of some 100m by 100m, and they are asked to plot on a map where they have worked. But maps are not ideal for this kind of scale. So I thought we should use modern technology! We have a School drone. So we could take our own aerial photographs.

I went with David on a day with a suitable forecast: sun, no wind. But we didn't want to disturb anyone so we wanted to be in before the crowds. We met up at the Cromlech Boulders at 6AM! I had sneaked out of the house quietly as this was during my sister's visit. At the boulders we left my car behind. Parking at Pen-y-Pass is £10; no need to pay for two vehicles...

Before 7AM we were at the site. The forecast was lovely but it was actually still quite dark and cloudy! And windier than I had hoped. Would the drone cope? But at least it wasn't as hot and sweaty as I feared it would be.

David set up the drone. And soon he was taking the pictures! The wind was not too strong. It couldn't be just one picture; he will have to stitch them together afterwards. But he has software that makes that easy. And then we have amazing footage! And he did a fly-over of the area so if the students forgot what the site looks like they can look at that. The landscape contains clues! 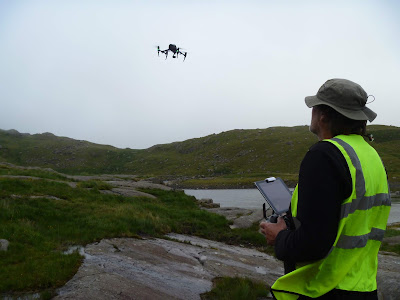 The drones comes in after its mission


When we were done we walked some tens of meters onward to a mill building belonging to a mine higher up. We were there anyway! David drones around that too. And then we went back. I was home at 9AM! All very civilised! And I look forward to the processed material... 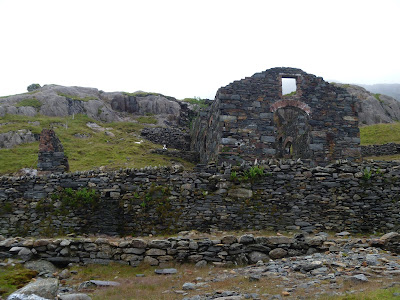 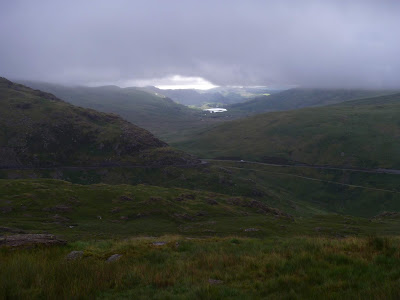 A patch of light seen on the way back