When we had been pondering this week's trip, Phil had suggested having a look at the quarries opposite Dinorwic. I thought I had seen most of that! I was mistaken. We met up at a lay-by near Llanberis. Phil didn't show up; he had said he would possibly be late, and if so, would find us. So after some waiting we drove to the actual parking spot. I had no idea about this place! Exploring the other pits in the area I had used a road that runs higher up on the hill. But there was this little road, which was obviously perfectly clearly indicated on maps, but which had escaped my attention anyway, somehow. And our end point was a lay-by in an area that had been developed to become an industrial estate. Just one company had decided to set up shop there! All other spaces were empty. The roads through it had been blocked off. It was a weird place. What a waste to prepare this area of former slate mining, at undoubtedly great cost, for something there was clearly no demand for!

We decided to first have a walk in our civilian clothes to have a look. Only Phil had been here before and he wasn't with us! We started walking around a substantial pit. We admired the place, and soon found two bolts in the rock. A possible place to descend! But the bolts needed hangers and nuts. We had some with us, but in the wrong size. We knew Phil had descended elsewhere in the past, but we struggled to see where. We kept walking. It was a lovely evening and the views were great!

When we were high up we heard a whistle. And we saw a tiny Phil plus dog on the other side of the pit! He waved. How would we meet up? We continued our way around. But Phil soon disappeared from view.

We saw several bolted sport climbing routes, and various views on the various pits, and inclines and whatnot. And a row of workshops. And views into the mountains! There was a nice inversion to be seen in the direction of Snowdon.

At some point we got back to the road we had come on. We had a look on the pit on the other side; that one was flooded. And we pondered a tunnel we could see. And then we returned to the cars. We found a message from Phil! He had indeed gone home. We figured as much. We knew he had had to get up at stupid O'clock that morning, and we knew it was far from unlikely he would have to do the same thing the day after. And with that we were done! With the wrong hangers we couldn't descend from he bolts. And we weren't overly keen on descending from a tree. So we just chatted a bit. And then drove home! I really want to come back here. Both to descend into that pit, and also perhaps for a more detailed explore. Nice to have something on the wish list! 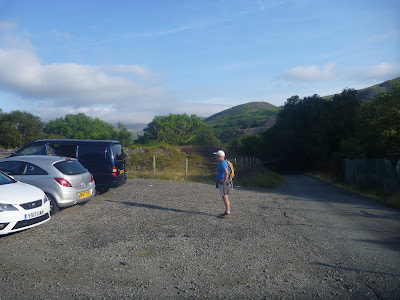 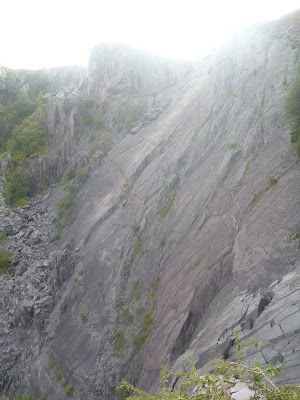 An intriguing slab (and yes my lens is a bit blurry) 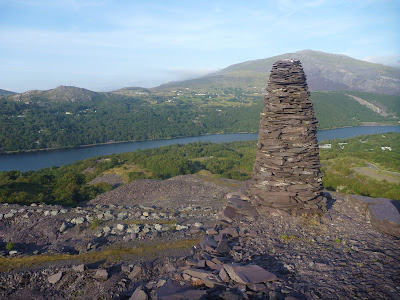 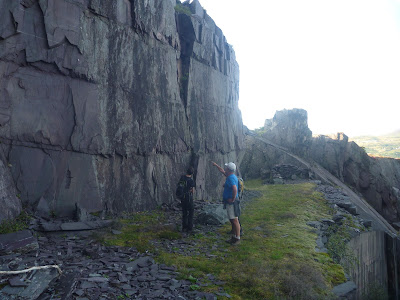 Looking at some climbing routes 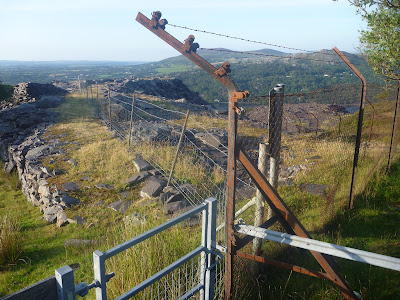 Lots of fencing, in various states of pristineness 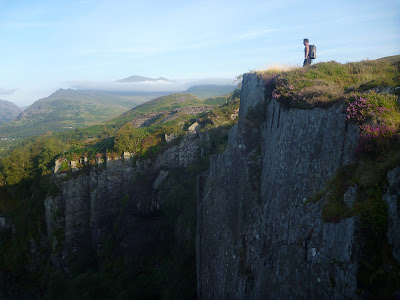 Wanderer over a sea of slate 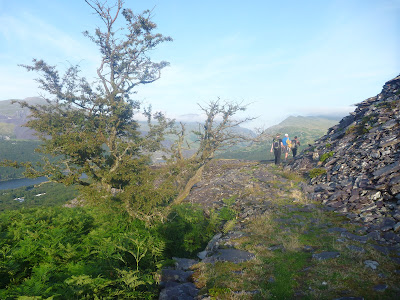 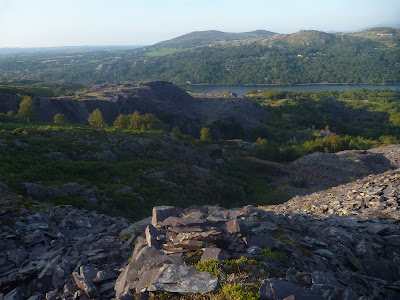