Rose had lots of potted plants in front of the house! And some had clearly been there a while. Quite a few didn't survive my first summer as it contained a substantial heatwave. A few of them were trees; there is a pretty red-leafed one there, and a fir, and a beech. The fir died in the heat. The red-leafed one stays. The beech I figured I needed to do something with. It had been in its pot so long! It had a great big root coming out of the central hole in the pot. And then the pot had cracked. I figured I needed to act. But where to put it?

I have to big lumps in the back garden. They are quite overgrown but I think they are concrete mounts for machinery. And in between them the soil is thicker than elsewhere. So I figured it could go there!

I chopped the last bits of the earthenware pot off to finally rid the plant entirely from its prison, and then I replanted the tree. Now I hope it will be happy in its new home!

The rest of the pots is still a mess but slowly I think I can improve that! I hope I have a lot of time in this house. 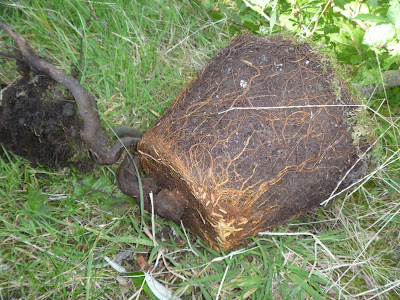 What you look like after too long in a pot 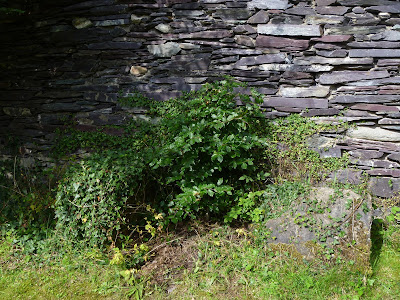 Beech in its new location!