Rained off the crag again

We did it again! We would climb on slate, but the weather got in the way. It had been a beautiful, bright afternoon in Menai Bridge, but when I drove towards Deiniolen I saw menacing skies. When I arrived I saw Eifion; he said only four people had said they'd join that day. We waited for Tony and went up; we were going to do Bus Stop Quarry. None of us had done the route 'Jenga' before so we headed in its direction. It's fairly high up and the views are lovely! And Charlotte appeared too. But when we had our harnesses on and a rope ready it started to rain really hard. Oh dear. It looked like that was it for the night, but did we want to hang around waiting for the crag to dry off again? The men decided to go climbing indoors. I had lots to do so decided to go home. Not sure what Charlotte decided. So it was another unsuccessful night climbing! But it was nice having a small scamper in the quarry. Better luck next time! 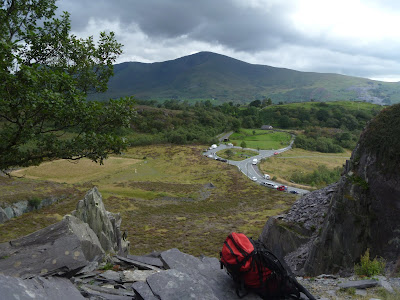 View from high up in Bus Stop Quarry 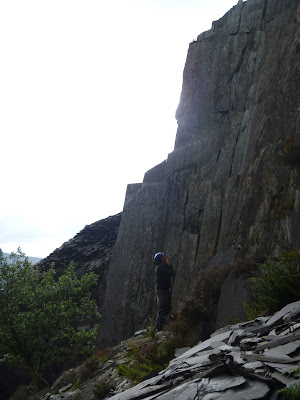 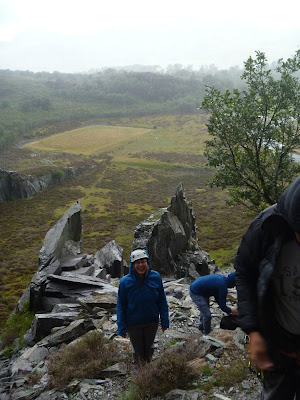 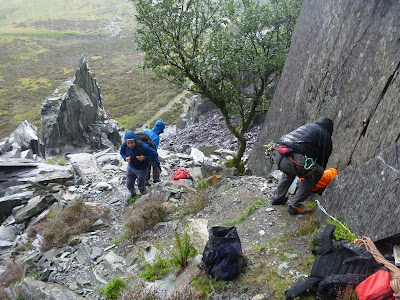 Too much rain for climbing