The painter does his thing

The painter is very active! When he set to work things moved fast. He was quick on the top floor but he needed more supplies. When he was waiting for that he started on the kitchen. And found a complication! When he removed the wallpaper, the plaster came with it over large stretches of wall. Oh dear! And he's not a plasterer. We discussed a bit. I would have done it myself (I had to patch up the other wall too) but he suggested he would. I think his work wouldn't be worse than mine so that was fine with me. Doing it myself would defy the point of hiring him! So that had to wait for a bit; he needed filler (he preferred that over plaster) and it was almost weekend. He would be back after the weekend! I hope he's finished soon! 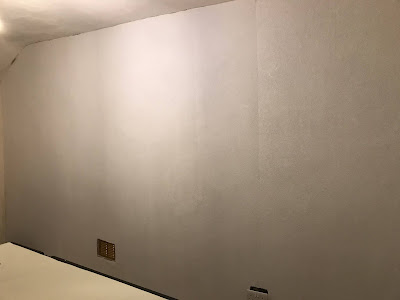 Thermal insulation in the spare room 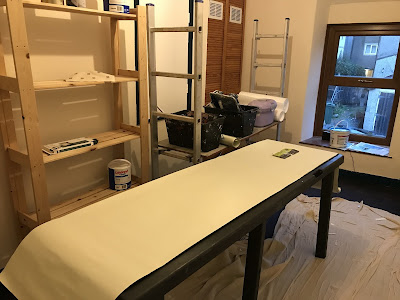 The lining paper is ready 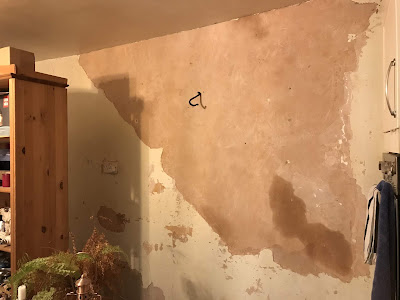 The area of plaster that came off in the kitchen 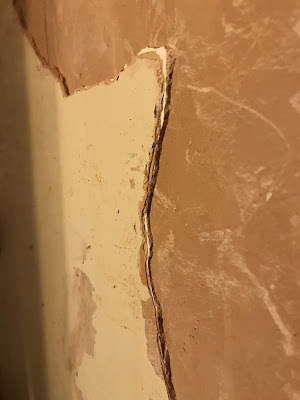 You can see the plaster-on-wallpaper-on-plaster if you look closely
Posted by Margot at 07:22