When I bought the house I didn’t really notice anything unusual about the bathroom window. It was a window! But a visitor later pointed out it was a bit unusual that the window was clear glass. They tend to be frosted! And he had a point.

I’m not overly bothered; the houses in the next street don’t really look out over that window. But in winter, when it’s dark a lot, that window must stand out like the clappers when the light is on. So when it’s dark outside I don’t go to the loo or shower with the light on unless I have closed the blinds. And that’s a bit of a faff! So in the end I decided I should probably place some film over the glass.

I did that. And the view is now gone! But so is the view in. Now I can do whatever pleases me! And maybe I’ll remove it for summer as it will be less needed. But I’ll decide that when I get there! For now I like the hassle-free and lit toilet visits... 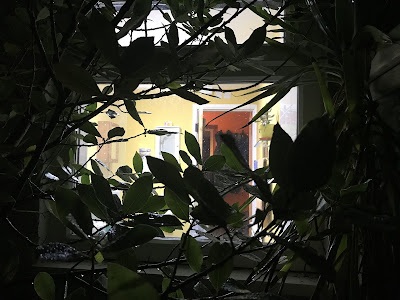 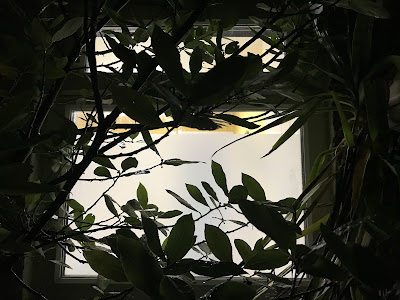 The new view from outside in the dark