Improve the air quality of the guest bedroom

When I had wondered about the damp problem in what is now my home office, I had considered lack of air circulation as the culprit. And I had found out the air vent didn't actually vent anything. So I took off the vent, found the channel blocked, had it swept, and found it didn't solve the damp problem. But it did improve the air quality! And since then, the musty smell of the other room had been conspicuous. So I needed to move the bed to the side, get that vent cover off too, get the channel swept, and put a different vent cover back. So I took off the old vent, chucked it, saw the mess behind it, and called the chimney sweep. And while waiting for him I bought a new vent, sawed it to size, and tried it in position. And started to tidy up. The old vent hadn't come down without taking some plasterwork with it!

The chimney sweep got three bags of gunk out. Then I could clean up, touch up the paint, put the cover back, and put the bedroom back in order. I hope that will be the end of the stale air there! 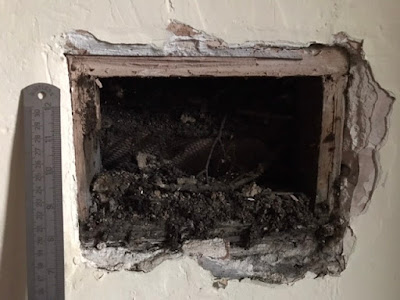 What it looked like initially when I took the cover off 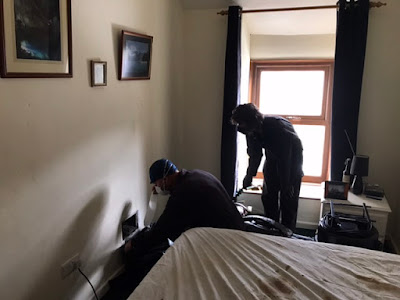 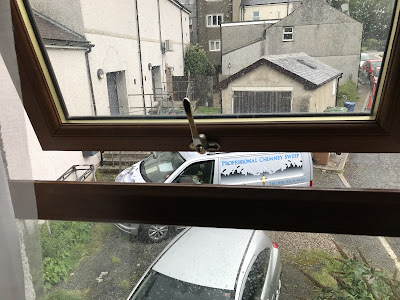 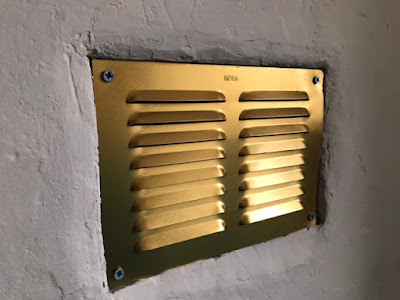 Looking smart again! And now actually letting air in!
Posted by Margot at 08:34