When I bought the house I didn't know how much work it needed. But I knew I wanted wood stoves, and I thought I'd better get the chimneys swept. Rose had confessed she didn't have it done very often! So that was the first thing that happened. I phoned a chimney sweep listed on internet, and he could come rather soon, and did, and all was well. I thought.

Fast forward some seven months. The stove installer got in touch and said he coudln't get a liner through the chimney in the landing. He thought it needed sweeping. It shouldn't! No fire had been lit there since I moved in. But I phoned another chimney sweep and booked him in. And this chap looked up into the chimney and saw a big, old bird's nest. What? The previous sweep must have done a shite job! That's a bit disappointing. But this guy was thorough. He not only got the nest down but also removed a big pile of soot. Hm! Good that it is out now, but it should have been out in April. 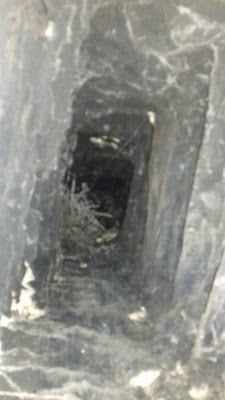 Blurry pic of the nest 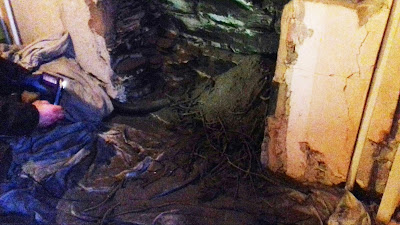 What came out of the chimney


He then did the other chimney too. No nests here, but the installer had already put some metalwork up in preparation for the stove. But the chimney sweep saw it wasn't done properly. I will have to manage this chap closely in order to not end up with a dud! I can do without that. But this way one learns. If I ever buy a house again I will manage to avoid quite some beginner's mistakes I'm making now. And now my chimneys are clean! And I hope the whole stove thing will work out OK in the end... 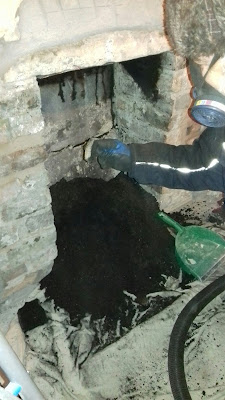 What came out of the other chimney
Posted by Margot at 07:37