Furniture for the garage

When I got the garage more or less in order, I did place quite a lot of stuff on the floor. Not much choice! There was one shelving unit bit that was full soon. Then there were some shelves in the back. They were full soon too. And I stacked the firewood high. That helped! But I still had lots of stuff on the floor. And I happened to mention that to Kate when I saw her in association with a walk. And she said she was trying to find a new life for a cupboard! Or two, really. So that matched up nicely. And the Tuesday after she came to bring them! We put the bits in the garage.

By Saturday I set to work. It's hard to put big furniture together on your own! But I have practiced. So I managed to get the first planks in with the cupboard standing up. That was not a very good idea. The thing came with these wossnames that you need to turn with a screwdriver (no, not screws) and the bottom shelf, some two inches off the floor, needed that doing too, from underneath. So I had to lay it down! Could as well have done that straight away. Oh well. At least I now could get the doors on easily. And then it came up again! And I could put the loose shelves in! It was done! There seemed to be a shelf left over but that seemed not to be a problem. I suppose I could get more of these pegs and then add it. Even though it seemed to already have sufficient shelves. Anyway; I put my paint and accoutrements in the new cupboard and decided it was time for a run.

When I got back I started on the other one. That was smaller and thus easier! It was up in no time. But I had so many shelves left over But not normal ones. They had funny asymmetric fixings. I pondered it a bit. Then I figured maybe they were separate items. You could make two side tables with the left-over bits! But they were still a bit weird. They had fixings for being attached to something. And then I remembered the funny tops of the cupboards; they had excessive-looking fixings too. I figured the extra bits were an optional top shelf for people with high ceilings! But I couldn't fit that under my ceiling beams. Nor would I be able to reach these top shelves. I decided to stick with the side table option. I could have plants on them in the conservatory! So that was me done. I will have to do some reorganisation now to use this new cupboard space! I hope I get everything tidier! 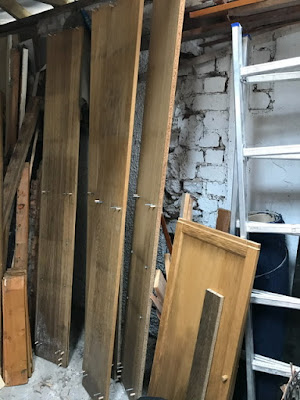 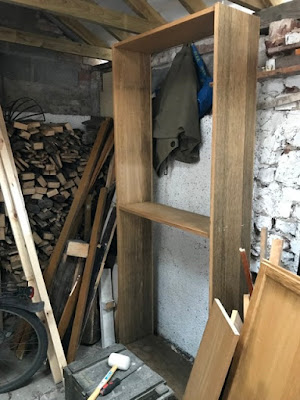 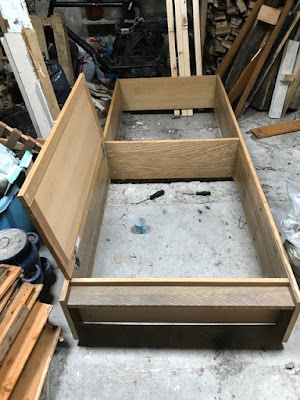 Going horizontal after all 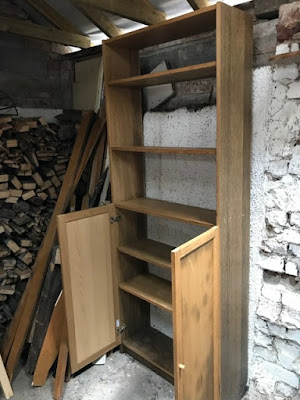 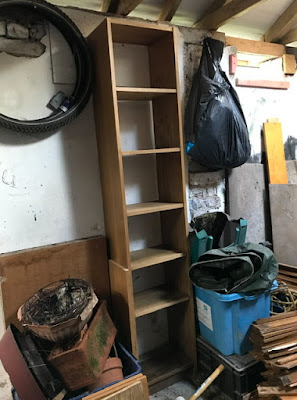 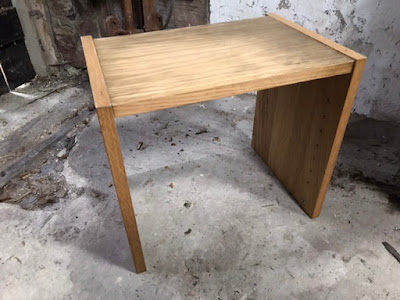 The extra bits: side tables? 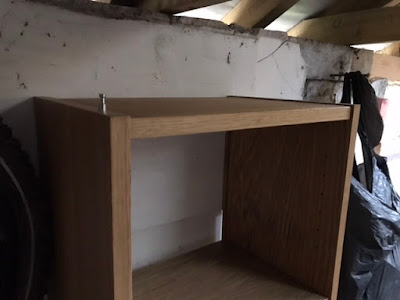 They could probably be fixed to these!
Posted by Margot at 09:12