I had been running lots since lockdown! But mostly from home. Maybe even consistently from home. I can't think of a run elsewhere! And it was time for some variation. Furthermore; my car had been idle for a while and needed a ride. So two birds with one stone! I decided to run a gravel road near Rhyd Ddu. So on a rainy Sunday I drove to the village, parked, had a last snack and set off. My timing was great; the rain was stopping! I ran over the road to where the public footpath started. It was beautiful! Past an old farm, over the narrow-gauge railroad, along a slate quarry, and into the hills. The clouds were low and the path was wet, but I had anticipate that! I enjoyed it. Some bits were hard to run as the path was a stream with lots of reeds obstructing the view but so be it. And it petered out really close to the Snowdon Ranger track to Snowdon. Although most of the mountain would be in the clouds today, I could spot several clumps of people walking up.

I didn't go all the way to the path; that would involve a slosh through a sodden-looking field, with a splash through a stream, and then a clamber up the stream bank. That's not what a run is for. I admired the view and headed back! In the car I had a well-earned sandwich. And then drove home past a big supermarket to get some supplies you can't get in Bethesda. It was a bit of a long drive for only a run, but it had been good! And after five months of none of that, I suppose, this wasn't excessive. Might do more of these variation runs! But hopefully, at least some from a bike... 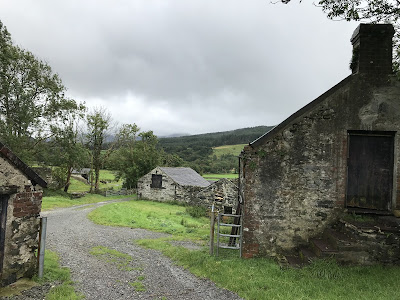 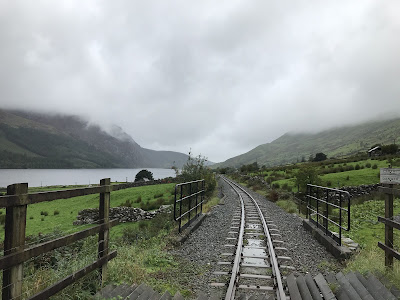 Cloudy day on the narrow-gauge railway 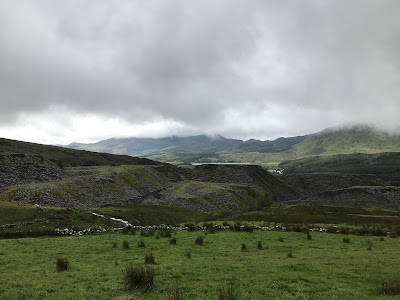 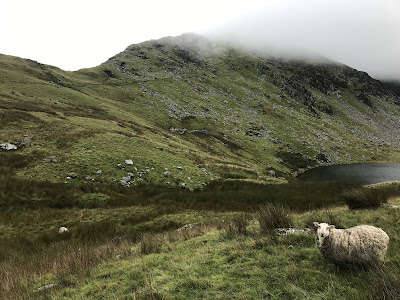 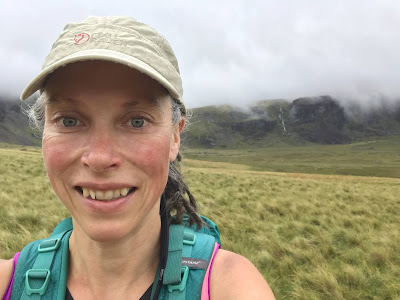 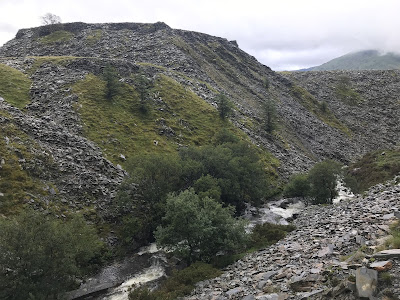 Bronfedw from closer up
Posted by Margot at 08:15