The rules has actually been relaxed a week earlier, but we had not all been available. So a week after it had become legal, the usual suspects were out on the hills again! Kate and Fiona were both up for a scamper. And they had been OK with my suggestion of having a look at the Penmaenmawr abandoned stone quarry. Good! That has been on my wish list for a long time. Fiona, ever a sucker for some archaeology, suggested to tag on a detour to the nearby Druid's Circle. That sounded good!

Kate would drive past my house to get to the meeting point, so she picked me up. And in Llanfairfechan we met Fiona. And we were off! She knew the way.

It was a nice walk through lovely countryside to get to it. The first structures we saw were a tiny reservoir, and some adjacent machinery. Cool! The we walked around the hill to the actual quarry. And the views were amazing! We had coffee there. And then we went a level or two down. That's not all the way, but we don't have to do it all on one go! There was much to see and the weather was amazing. But when we sat down for lunch it was becoming rather hot. So we decided to ditch the Druid's circle. We just walked back. And we were rather sweaty when we got there!

The funny thing is, that we hadn't done this since late March. It was mid August now! You would think it'd feel very special. But it didn't! We just carried on where we had left off, in these distant times where we didn't know lockdown would be more than three weeks and when a cold wintery wind still blew over the hills. And it wasn't just me; I asked the others too if they thought it felt normal. And they said it did! But let's hope we can get a few of these in. It's far from unthinkable we'll get a second wave and will have to go back to solo walks. So let's enjoy this while it lasts! 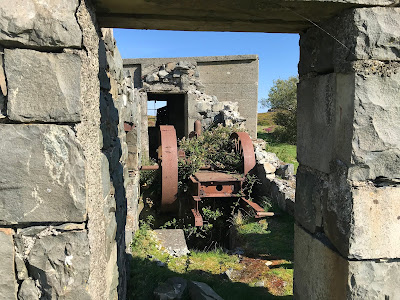 The machinery near the reservoir 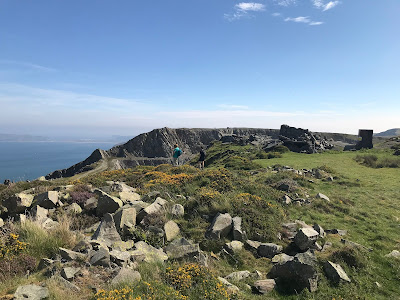 Kate and Fiona staring into the depths 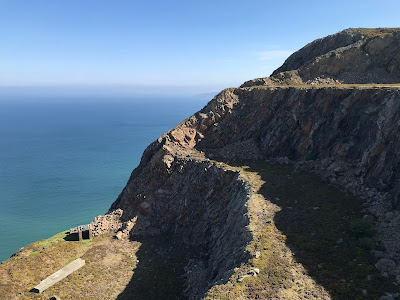 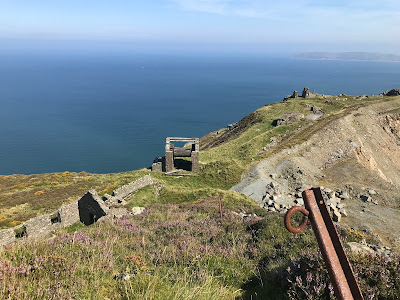 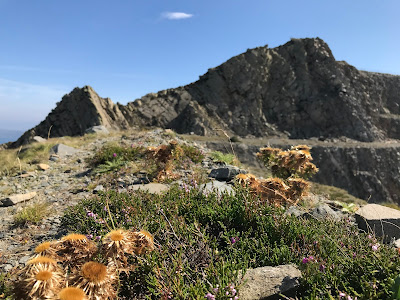 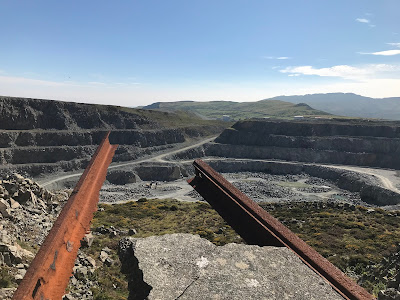 You can see the active quarry from there