We had a bank holiday weekend. That's nice! The Saturday was largely taken up by the stairs to the garden and some more chores; on Sunday I made another big push with pictures (but I had blogged about that stuff so much recently I didn't mention this effort) and then had Jaco and Marjan over again. They were impressed by how much had still changed in the house since their last visit! And they did some laundry. Their kitchen has been ripped out so now they not only struggle to cook and do the dishes, but they also had to disconnect the washing machine so they can't do laundry. That's where I came in!

Then on the free Monday I did chores in the morning, popped by Phil in the afternoon, and then decided I still had time to pop to Bryn Hafod-y-Wern slate quarry. That's nearby! And I had already seen it on my first Snowdonian walk since moving to Wales. I figured back then I should visit it. Only now would I! And I figured there wasn't all too much to see, but from most angles you see it you notice some funny sticky-outy bits. And these turned out to be worth seeing! And there was more. It was just an hour to walk there. Even as I had to get past an attention-starved horse (poor thing). And the place was pretty! 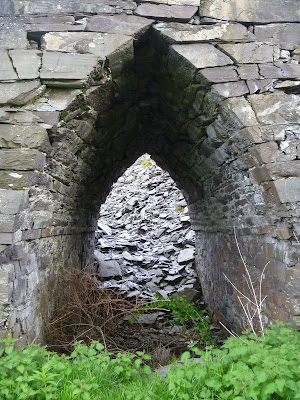 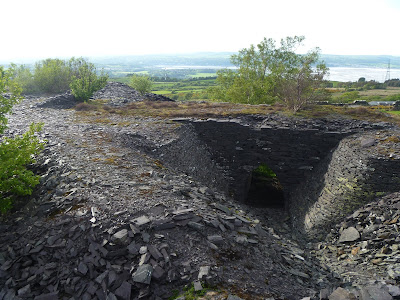 The entrance seen from the incline on the other side 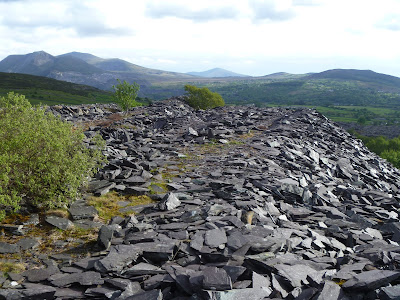 Slate tips with hills in the back ground 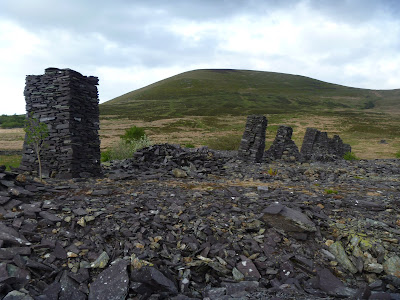 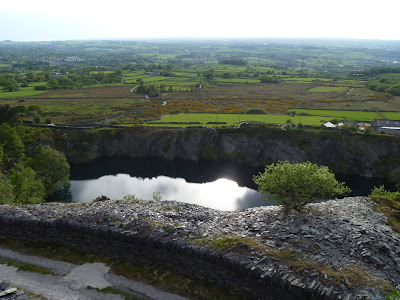 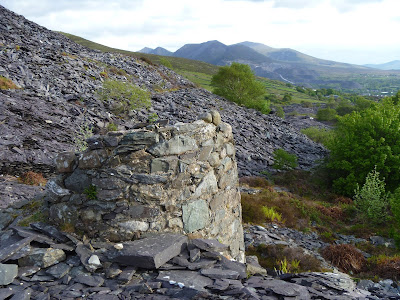 I didn't need all that much time to see it. Then I ambled back! Past the horse again. Poor thing. And walked back. It's interesting to notice that this quarry is the reason for that leat that had puzzled me for years. What a lot of work for such a small quarry! And I'm quite enjoying this visiting all nearby mines!