Getting ready for a new roof

The house has a fine roof! But the garage doesn't. It leaks like the clappers. Mainly because of the skylights in the roof, and not the roof itself, but changing the windows would be a massive work. And as the roof also leaks in a few places where there is no skylight, I decided to just have the entire roof redone. Especially as the leaks have made some of the beams rot. It turned out that the plasterer is also a roofer so he got the job. And he starts soon!

The roof still has good bits so I do keep things in there that need to stay dry. But with the entire roof coming off that wouldn't work anymore. So I have now put everything that needs dryness in the conservatory. Mainly firewood! And then it will be a bit of a mess for a few weeks but then I will have a waterproof garage! That will be nice. And I've asked the roofer to not throw the ceiling beams away; they can be firewood too! And that can then await its turn in my waterproof garage! And I’ll have firewood for years... 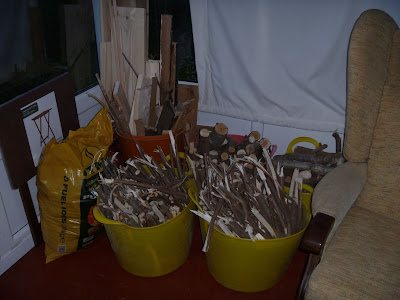 Firewood having been evacuated from the garage