When I got home from the Netherlands I was surprised to see my garage was looking as I had left it. I had expected it to be covered in scaff by now! But no. Oh well. I had my mother around, I had other things to do! But one day when I had popped to the shop I saw two bored young man loiter at the top end of my street. Then I saw a small lorry with scaff in the actual street. Ah! They were here for me! But what were they waiting for? I went back and asked. They said their boss was on his way. And he was! In yet another lorry. And they just went about their business. But it was Friday and over the (long, bank holiday) weekend no roofer would appear to make use of it. But it works as a nice platform for taking pictures I otherwise can't take! 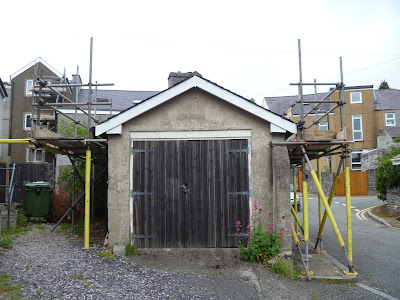 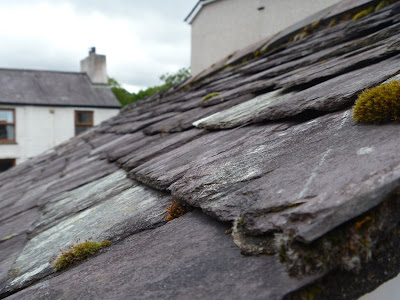 It's a beautiful roof. 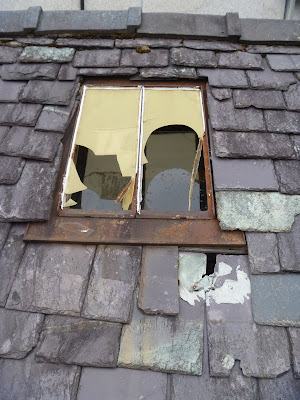 It has issues, though! 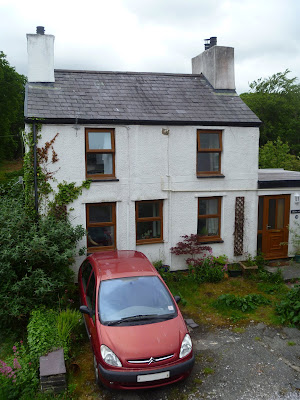 The house seen from an unusual viewpoint