Every day I see Snowdonia in the distance. It lies there, beckoning. I now live so close; I can now explore it! My first weekend was taken up by chores but the second weekend no such thing would stop me. It was time to venture in!

I had asked my office mate Stella if she wanted to join, but she still had too many chores to do herself. So it was just me! I picked a very modest first walk; no need to do the most spectacular bits too soon. And I was a bit tired after a busy week. I picked a walk that involved a minimum amount of driving.

I started (due to a closed road) rather low on the slope of the hill. And I walked up, along a road (the closed one) through woods. Up through some fields. And then finally into the national park! It was a demure landscape; as I said, I had chosen to start modestly. But it was nice! I noticed small lakes, and a small nearby slate quarry, and then a man scampering up a hill with markers in his bag. It turned out he was marking out a race! That sounded interesting. Maybe next year! 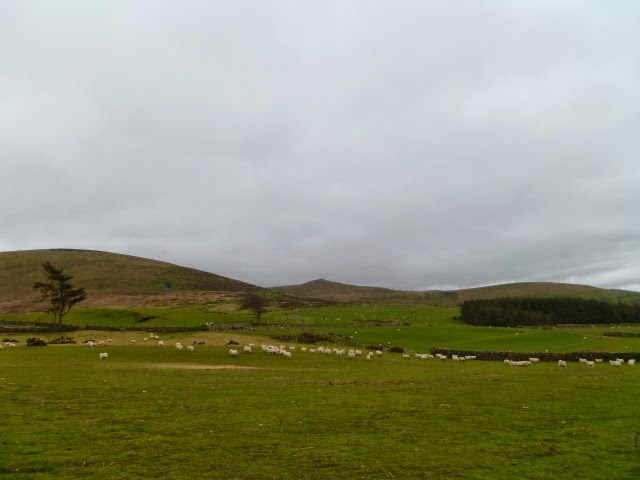 The fields outside Snowdonia. The pointy peak int he middle was my first goal.

I walked up a saddle, and then climbed to the nearest hilltop. Very nice! Then I decided to climb to the next one up the valley. This hill was a bit higher, and had its top in the clouds. That made for a very boring view. I figured all the hilltops further up would be even worse, so this was my cue for turning back. I chose a different route back, and enjoyed some views into other valleys. And then back to the car! It wasn't spectacular, but I suppose you need the very rare bright days to enjoy the peaks Maybe next cloudy day I pick a nice scenic valley! 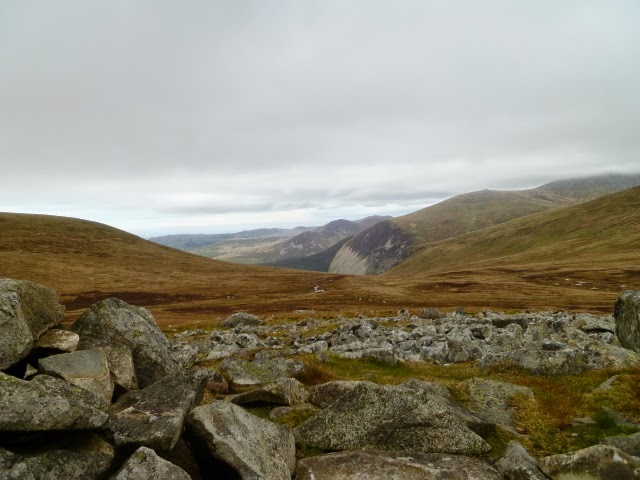 The view from the peak in question 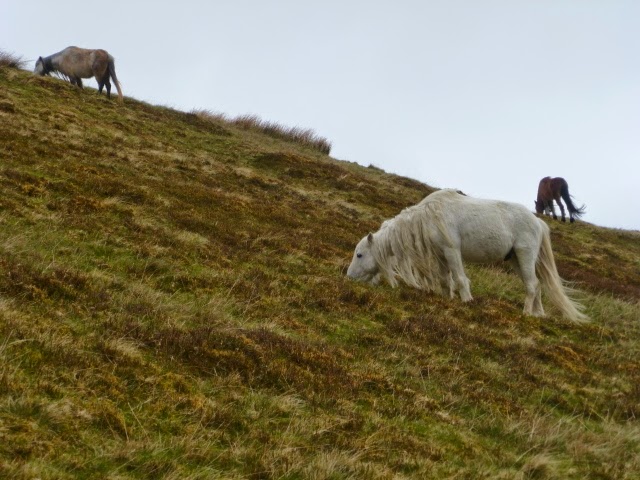 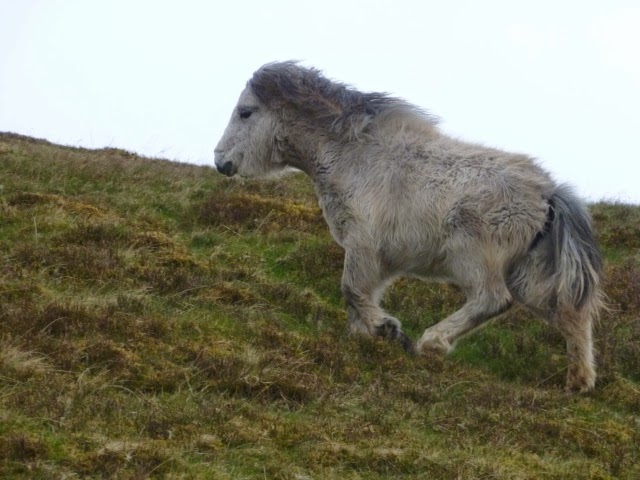 And a rather cute pony 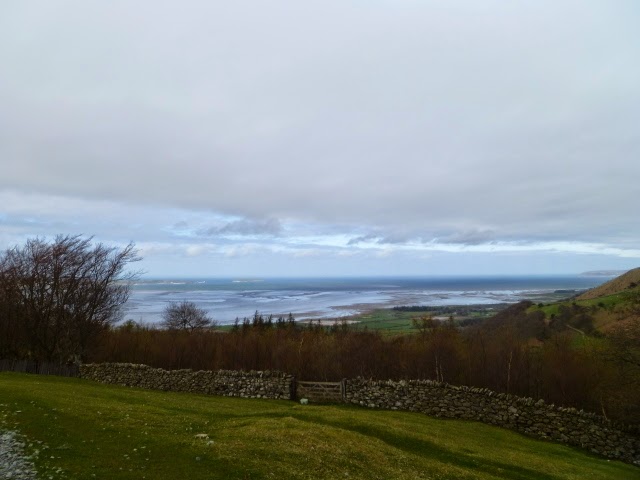 Nice view over the shoals