I knew there was a geology museum nearby! And I had never been. I figured I should. And one day I had to be somewhere near there so I decided to pop in. And it was nice! It was clearly a small local one, with things like slightly clunky reconstructions of dinosaurs and the likes, and labels just lying near the rocks/fossils they refer to, until some draft blows them away, but I liked it. It doesn't all have to be all slick and professional! And they had nice rocks and fossils. And even a door to a 'cave'; it turned out that the building was set back into the limestone bedrock, and a platform had been built between building and rock, and they had made rock paintings on the rock face, and put a skeleton on the floor! Very charming. And my ticket is valid for two weeks or so! Even though I don't think I'll have much time to go back. But all do go! It's a fun little outing. 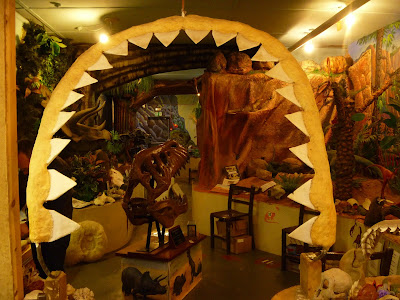 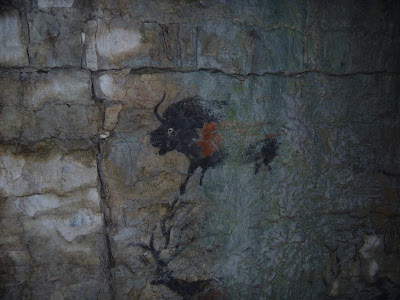