I got a cheque! I seem to have overpaid someone and they were so British they decided to sort that by sending me a cheque. And then what? The nearest branch of my bank is in Chester. And the bank of the person who had written the cheque wouldn't accept it. So I had to google how you bank one by post! Bloody hell. This country is so backward. I think I worked it out but it felt like a time warp. And if I did it wrong; it's not a big amount. I can put it down as a short spell of historical reenactment! 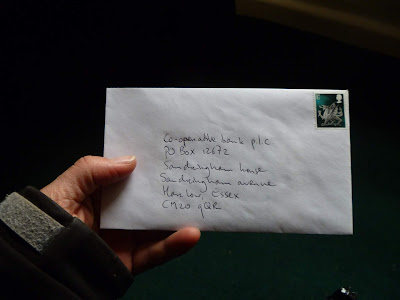