The first day, the plasterers went through the house like a whirlwind. They didn't leave until 7.30! And the next day, I didn't get home until 11PM or so so they were gone, but they clearly had done a lot more. And they would finish on Saturday. I expected them to work for a few hours but they just kept going. There was a lot more to do than I thought!

On Thursday and Friday I found some coffee mugs scattered around so at least they had had some breaks. I had noticed they had used up all the sugar, so on Saturday I made sure to go get some more. And milk. And biscuits. But these guys (on Saturday it mainly was just two of them) didn't touch a mug all day! Not that I have evidence of, anyway. And I could see them get tired. And they must have got hungry. When it got past 6PM their phones started ringing and partners seemed to be inquiring how long they would be. By the time they were done I had had dinner and washed up!

It wasn't over then. They had come in a normal car and had to leave all the gear behind. Mike, the head plasterer, would come the next day to pick it up. But he inspected the work, and decided some things needed tidying up. So he would be back the day after that to finish off! But that shouldn't take him very long.

I now have a house that looks like a house! And not a building site! It's not finished, of course; it needs a coat of paint. And stoves. And radiators. And several new floors. And some joinery things sorted out. And then furniture! And then I'm sorted! And then  it will be time to have the garage re-roofed... and maybe the kitchen re-tiled... and so on! I don't think this project will be properly finished soon. But with the plastering done I can imagine having a living room quite soon! And I'll love it! 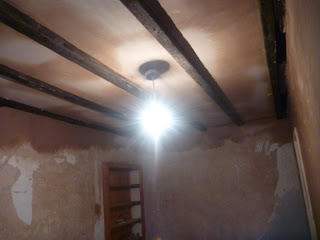 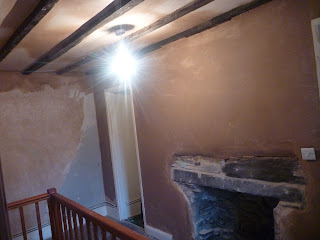 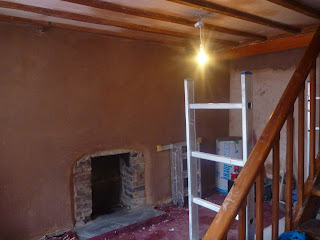 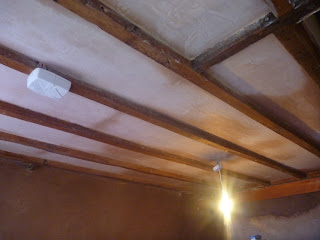