I had done without  radiators in the living room and landing for quite a while. But I hadn't really missed them! I had only started using the living room rather recently, and the landing had seen more use since Christmas but it had never been particularly cold there. And if I sit there for a prolonged time I light the wood stove. But I knew it would be nice to have radiators! And I had decided trying to put them back myself was not a good idea. So I was glad when the plumber came back to sort it. And when he was there anyway, I asked him to replace the upstairs radiators with bigger ones as the original ones didn't quite seem up to the task. A bit strange perhaps; you would expect the top floor not to be colder than a ground floor largely devoid of radiators. But this house is full of surprises!

The work is done now! I will have to do another run to the recycling centre to get rid of the old ones, and the packaging of the new ones, but that's OK. I can then also ditch the carpet tiles that had been in the hallway (but that's a different story)! And then the house not only looks but also feels respectable and hospitable! 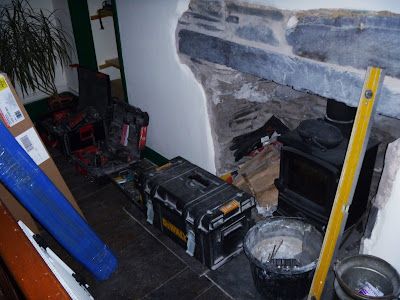 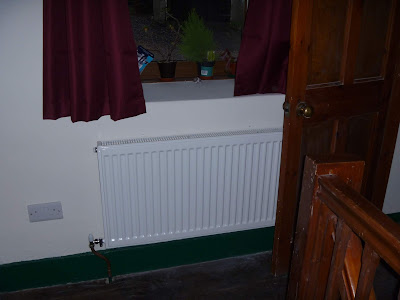