A sock for a bike

I had bought  a very snazzy bike! And I don't want it to get nicked so I put a lock on it. But the lock rubs and bangs against  the frame. I have never before worried much about this, but this is my best bike ever, and the first carbon fibre specimen. So I decided to pad the frame a bit. Might be good for the bike! So I dug out some neoprene and some webbing I had lying around, and made a protective sock for my bike. It's stitched into position so I can't easily remove it and put it back, but hopefully I won't need to. But if it works I might one day make another version with velcro. Probably a better idea but well, a good idea is only worth something when you think of it on time. I didn't! But let's first see how this sock does the job! 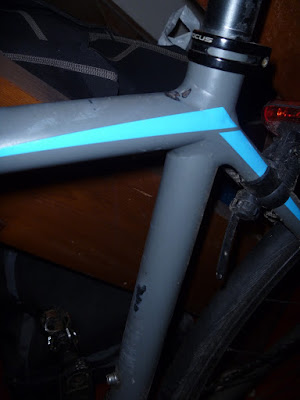 Slight damage from the lock 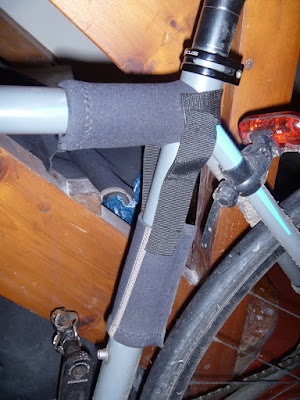 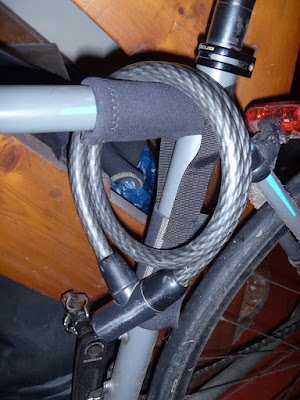 Sock and lock snugly together
Posted by Margot at 06:34