After a hectic week it was reading week. I had few contact hours! And that meant one of those days was good for having the carpet people come and sort my bedroom out. I could stay home! But they came quite early in the morning. When they left, I could still quite easily get to the office. But I decided against! I have a home office and that works too. And this day I had a headache that didn't want to go away. I don't like biking with a headache! A few months ago I had developed a headache in the office, and I had had no paracetamol there. I should have gone to the corner shop and sorted that! But I didn't; I biked home to have a paracetamol there. Big mistake! By the time I got home my headache was debilitating. So I wasn't keen on that! Neither was I keen on driving. It was a beautiful day! So my home office it was. I sat down to give feedback on draft essays.

I had my lunch break in the garden. Lovely! But when I was done I decided I needed to enjoy the weather a bit. And I decided to go have a look at a nearby slate quarry. I had, for instance, seen it from the hill I climbed with Roelof. I had never been! Except walking past a long, long time ago with the PCG. That had been my first time in North Wales ever!

I parked at the same spot as back then in 2012 and started walking up in the yellow afternoon light. As soon as the quarry appeared on my right I veered into it. There wasn't an awful lot there, but I sort of knew that, as otherwise we would have visited as the ThursdayNighters. But it was a lovely day and there was as good as no sound and it was lovely!

I walked around the quarry anticlockwise and when I got rather high up I saw a sort of gate. And when I got up to it I saw it was on a tidy asphalt road. Hm! There was a track on the map but I did not expect this level of sophistication. The map told me it went to Dinorwig. Tempting! And walking on a road like this is quite fast. I decided to go for it!

After a while I saw the first drumhouse. There, a path moved from the road into the quarry. I walked in. The views were amazing! A high and not very well-visited upper part of the quarry in the evening light, with Snowdon in the distance. Lovely! I admired the view, had a chat with a bloke who had been collecting quartz crystals and was impressed by the view too, and went back.

I decided I should really do this on bicycle one day. The road to Mynydd Llandygai is quite steep but well, I should manage with that, and as soon as you're past that the slopes are not too bad. And on the gentle slopes biking is faster, and on the way down it is a LOT faster. I really should give it a try! I love Dinorwig! Even though I am now a Bethesda resident, and Dinorwig must have been a big rival of Penrhyn... 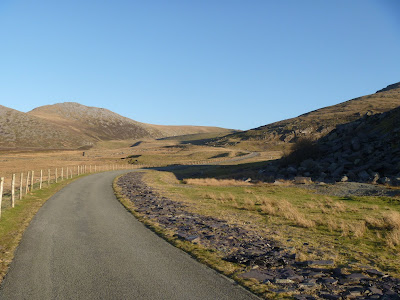 The road to the reservoirs of Electric Mountain 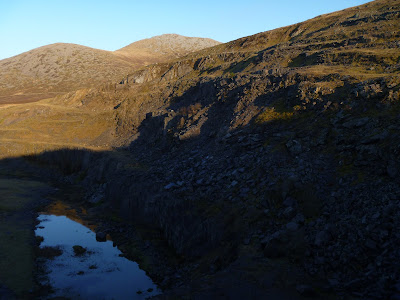 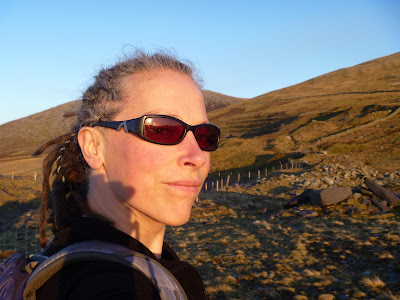 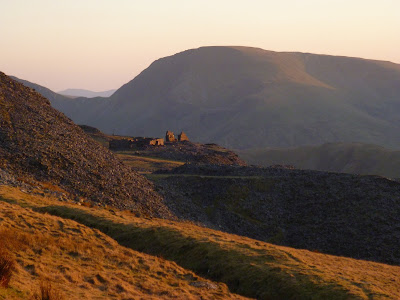 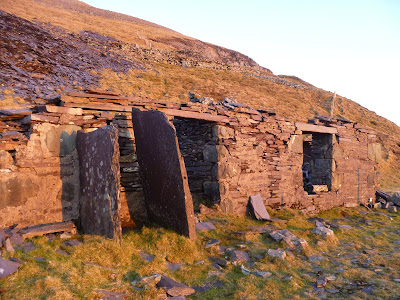 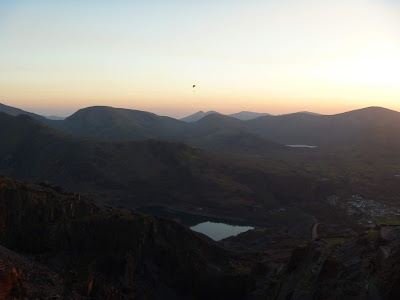 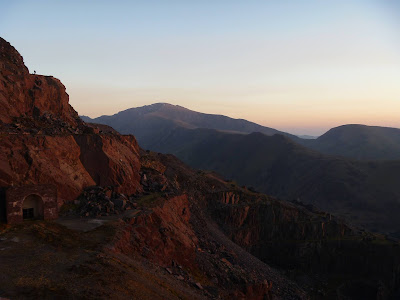 The Llanberis path and an entrance into Electric Mountain 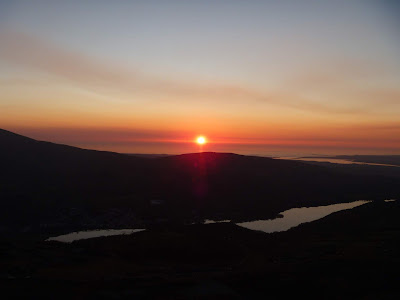