Radiators out of the way

When Phil first saw my house he went through it with a forensic eye. He noticed, for instance, that the radiator in the hallway was leaking a bit. I That needed sorting! And it was also in the way for the decorating process. The plasterer was going to have to go through that soon! And the living room too. I called the plumber but as he had to chase some pipes into the wall, and there currently were electricity cables there, he had to wait for the electrician to finish. And when that was done, the plumber didn’t have time anytime soon. Of course! I decided to try to take the radiators down myself. Phil had told me how, and I had done my standard thing: look it up on Youtube. That (and the rest of the web) is such a treasure trove for knowledge! It taught me how to repair my car, my internet wiring, and whatnot. It can make life so much easier!

When I closed the valve of the hallway radiator it started leaking. Oh dear! I opened it again and paradoxically that solved the problem. And Phil offered to come help. And I accepted the offer.
He had a try too: indeed, that valve wasn’t performing as it should. We would have to get the pressure off! He showed me where the general drainage valve was. He opened it. When the pressure was off, we had another try at the radiator. And it worked! But now we needed stop ends to close off the low dead end pipes. Luckily there is a Screwfix nearby! 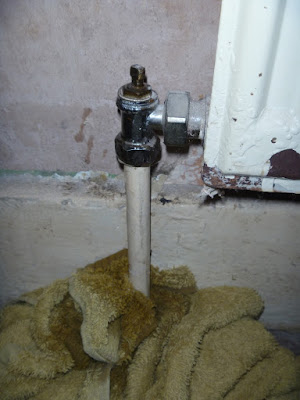 I drove there. And ended up in a traffic jam; it was the day of the Bangor 10k and half marathon. Which crossed the road. I wasn’t running it, among other things because the route follows my commute. I see that route often enough thank you very much!

Due to the race I was away for a while. When I got back, Phil had already taken the other radiator off too. And made coffee! We put the stop ends in place, and filled the system up with water again. Phil bled the radiators. Then we had some coffee together. Nice! 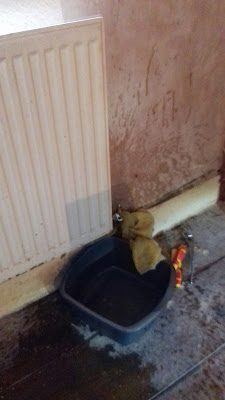 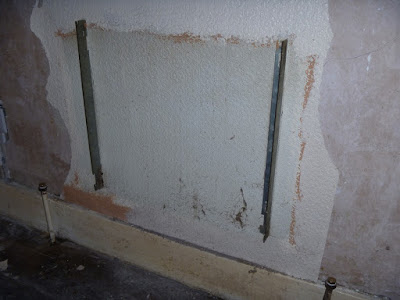 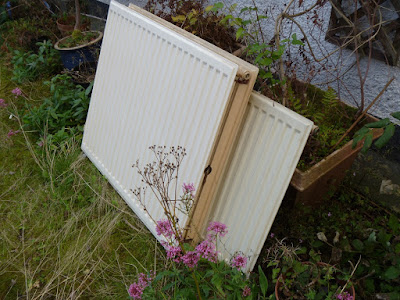 We then checked if everything was OK. Or rather, Phil did. I just paid close attention! He decided all was well and left again. And I made sure to quickly write down everything I had learned! This will come in handy. And now I can go and strip the wallpaper from behind the radiators. I’m still not quite sure how my heating works, but as soon as the plumber finally shows up I’m sure he’ll be able to tell me! And it looks likely he’ll be beaten to it by the stove man. If I have wood burners I am less dependent on central heating!
Posted by Margot at 08:27