I thought it was time for an update! I moved the peas, courgettes and butternut squash outside weeks ago, and since then I haven't said how they are faring. And I think I should!

The actual moving killed one courgette plant. Its stem snapped and it died. But that meant there were many left! Then I found out the next most dangerous thing was the neighbourhood cats. They like the nice soft earth! It's a first class cat litter tray. And when they bury their fertiliser they might claw and the seedlings or bury them. Several got uprooted or buried! So these were the next deaths. The slugs had a go at the courgette plants but not to particularly lethal effect.

In the meantime, they all grew nicely. The peas needed tying to their sticks as they couldn't find them independently soon enough. And then after they would curl their appendages around the sticks I could take the bits of string off. And I did some regular watering as the weather was very dry.

I now have eight courgette plants left and six butternut squashes! And I lost only one pea plant but I still have two of them living indoors. So success, I think!

And the newer batch? Well, my cabbage and carrots are starting to have real leaves! The aubergines are lagging a bit. The leeks are not playing ball.

So will I have a meal from my own garden? And when? Stay tuned... 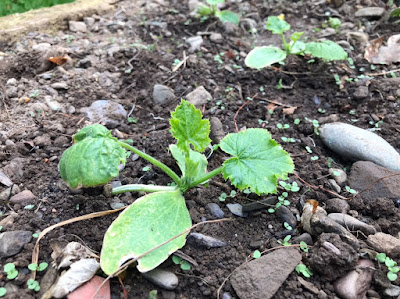 One of the courgette plants 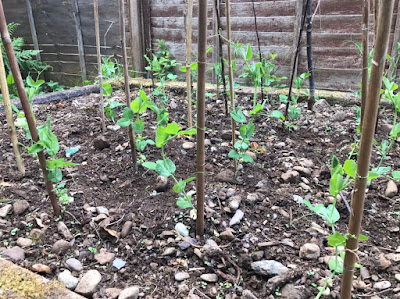 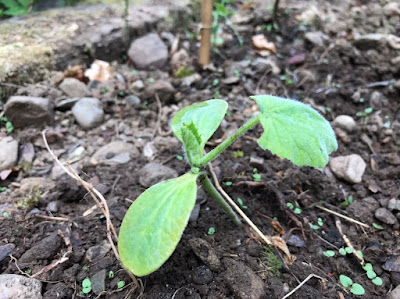 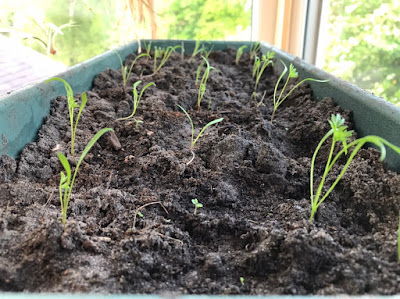