I like going for a weekend walk! My running route is stunning but it's a rather paved way. It's nice to go a bit closer to the middle of nowhere once a week! And this week I decided to go into Cwm Pen Llafar. I had been in February, but I was sure it would feel different in mid May. So I went! And on a good day you can do that route almost without touching town, but a few footpaths are closed, so I had to come through Gerlan to get to the start. So be it.

I walked into the valley. It was lovely! And I had a coffee in Cwmglas bach. And then I did something new; I crossed the river and went back on the other side, past Braich y Brysgyll. The valley on that side has a rather flat shoulder, so it looks quite negotiable, but I had never been. And it was lovely! Wide empty vistas. And I first found nothing, and then some faint sheep trails, and then a quadbike track. Comfortable going!

I had lunch in the shelter of a big stone. And then followed the track until it went into a field. That wasn't a public footpath, and I knew the map had some there, but I wasn't sure if that meant there was really something there. And I also figured farmers would be welcoming walkers a bit less than normal, so I decided to just cross to the other side of the valley, to the path going up Cwm Caseg. And I did! It looked like an exercise that could be tricky in wet periods, but this wasn't one. The views on yr Elen were amazing from there.

Another corner of the Carneddau explored. What's next? 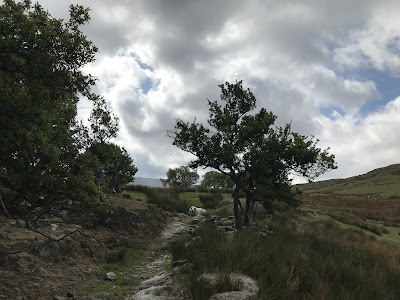 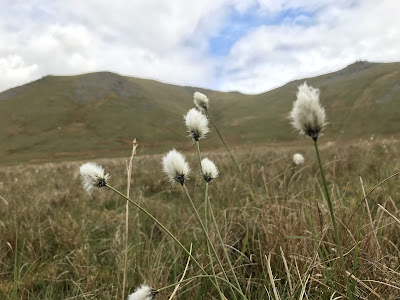 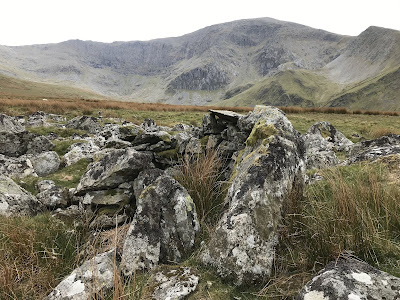 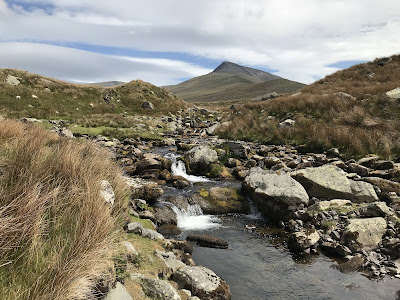