I'm still working on making the front of the house look good! And about half of that effort is a bit of a long term project as I am growing the flowers from seed. One week I sowed a flowering perennial mix, night phlox, and lobelias; after a week I had lots of perennial seedlings while the single species beds were still thinking about it. Everything stands in the conservatory so they are rather protected. And a week later the named flowers were starting to hesitantly emerge, while the mixed flowers were doing their growing thing at their faster speed. And then I also planted some nasturtium. I hope all that will grow up soon! I don't think I've done this before but it's fun. And quite a la mode, I think. I'm sure some flowers will greatly help with how cheerful and well-groomed the front of my house will look... 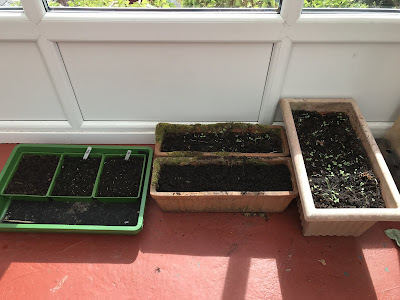 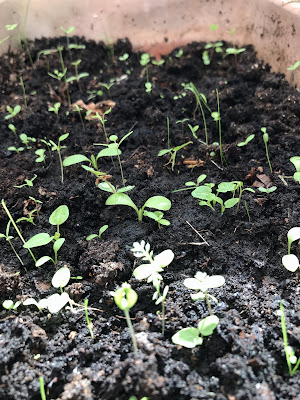 Close-up of the mixed flowers 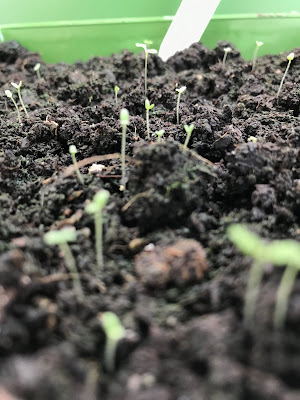 Close-up of the phlox