I had been spending a lot of time on choosing pictures to print, having them printed, and framing them. I had done round after round after round! And now I had done a round big enough to finally fill the staircase. So far that had been empty and dull! But not much longer. I had dedicated two big frames for the corners, but after I had actually put them up (with help from the neighbour’s ladders) I deemed that set-up too busy. So I took them down again and put smaller ones in! And I put a picture of a train on the wall in the middle because we used to have a poster of a big intimidating train on the wall of the stairs to the attic in my parental house. At least, that’s how I remember it. And now I’ll nod to that memory!

When I was done with the high bit I could do the easy part. Hang up pictures at eye height (my eyes, anyway) above the stairs up. It looks cool now! And I can still do another round as I also have stairs down. These can do with some pictures too! 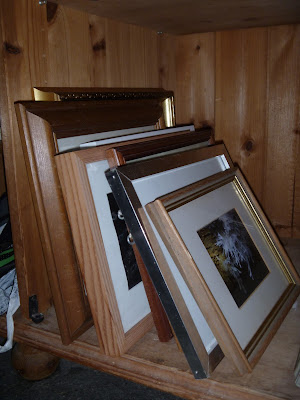 Ready to be hung! 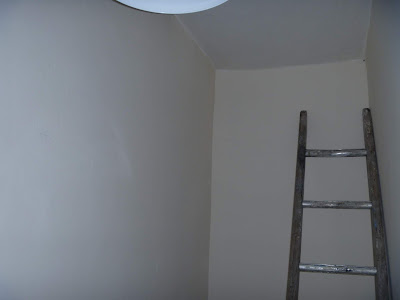 Top of the staircase: dull! 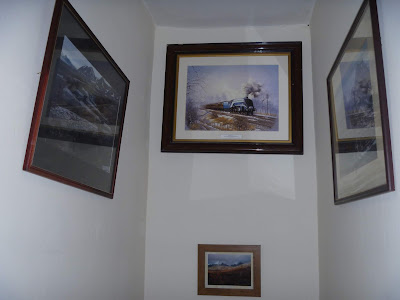 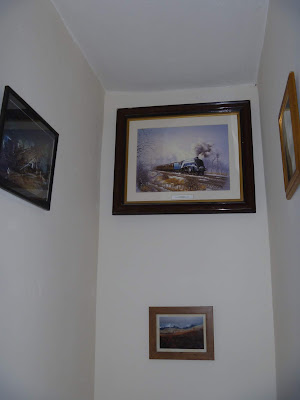 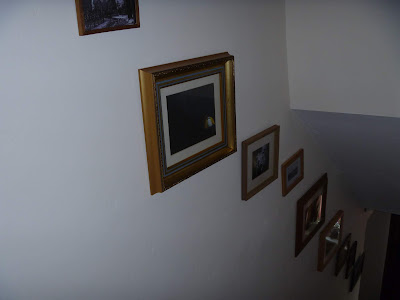 Pictures all the way down! 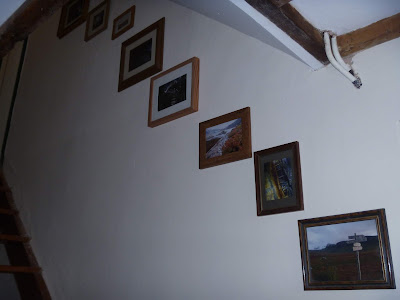 And seen from below
Posted by Margot at 08:39