I love fresh bread! Who doesn't? On the last research vessel the cook was OK with me nicking a fresh bun when they were still cooling down. It doesn't get fresher than that! And then I could just as well make my own, one would say. And I don't! Making it by hand is a lot of work. And one has invented the bread machine for that. Should I get one?

I hadn't when I was still on lots of short contracts, as that means moving house all the time and the less stuff you have, the better it is. But then I got me a permanent job. And moved into a house easily big enough house for a bread machine. And at first the house ate all the money but one day I decided it was time to go and try to buy the desired appliance. I looked around on internet for a second-hand one, and it turned out there were quite a few. I contacted two sellers. The first that answered lived in Llandudno and was generally at home. Good! After work I popped by. Along the way I bought flour and yeast.

I had texted an ETA and not got a reply but I rang the door bell anyway. And it was answered. By a nice lady who invited me in. She lived in a lovely huge house! With a 'for sale' sign in the garden. She said she was in the process of downsizing. And that might explain why the bread machine had to go. It was standing ready for me. She said it came with instructions and recipes but she had to dig them out. She suggested she send them to me. But then she rummaged around in a box and found them! She also said she hadn't used the thing for 15 years. Oh dear, I had no idea it was that old! But I also have an electrical mixer that it older than me and works fine so age doesn't have to mean anything. So I paid and said goodbye. Off home!

I still had bread so I figured I should wait with baking until Sunday. I did have a look at the instructions; it took about five hours to bake wholemeal bread. Oh well! I should try to start it early in the morning and then I would have fresh bread with lunch. But I would have to getthe kneading paddle off and it was stuck. I pulled and wrenched and wiggled but it wouldn't budge. Could I leave it like this? I wanted to be careful as using force likely damages the anti-stick layer. 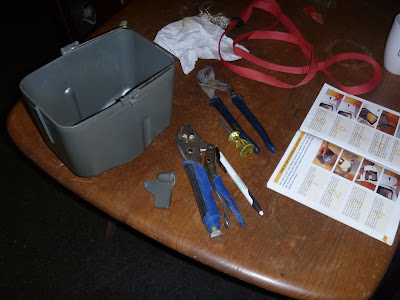 Pliers, screwdrivers and whatnot; I had not anticipated needing those to get the kneading paddle off


In the morning I managed to get it off after all. Success! I also saw I had bought the wrong flour. You need bread flour! I don't think the fairly small supermarket I had bought the flour in had that. But I would just give it a try! Maybe it would be sort of OK. And the huge supermarket in Bangor undoubtedly sells the proper stuff.

I put the basic ingredients in and pressed start. And then the wait started! Only if it worked would I start experimenting with ingredients. And nothing happened but for wholemeal bread, the machine first warms up. The kneading started later! And it did. All seemed to work well! And what came out in the end was a bit of a shapeless blob but it was bread! As fresh as it gets! I'm liking this... 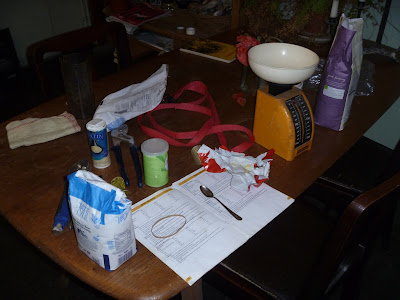 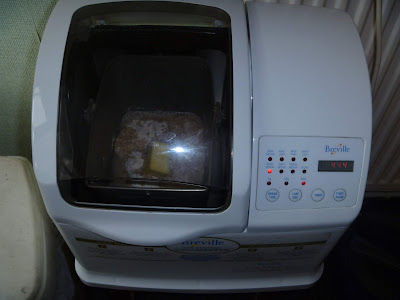 All ready to roll! 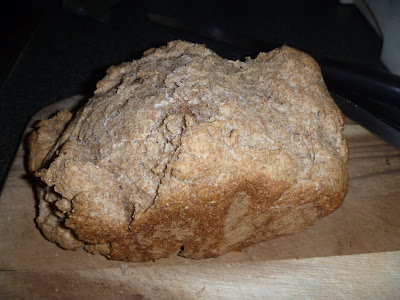 The final product! Lumpy but tasty.