I had had tow rounds of hanging up pictures. The initial one, in which I just hung the pictures I already had in fairly arbitrary places that happened to have nails or hooks, and which was part of the move; and the second, when I started drilling into my newly finished walls, and put up an old map. But then it was time to print out some new ones. And put them in some so far empty frames, or frames that really needed something other than what was in them! I had, weeks before, bought some sheets of whatsitcalled, I call it passepartout but the shop used a different name. The stuff you can use to fit a picture in a frame that's a bit bigger. And more recently I had been digging in my collection of pictures and selected some for printing out. I had mainly gone for pictures from York as that period of my life had been documented in pictures but not so much in my house yet; and pics from my Greenland trip. And they had arrived! And now I set out to put some frames, passepartout and pictures together. I started with the Greenland pics for which I had bought compound frames I liked. That went well. Then I did a really big one with the York collage, which would go over my bed. Then I put an old Norway collage in an empty frame and then I had had enough for a while. A lot more work to do but it has started! 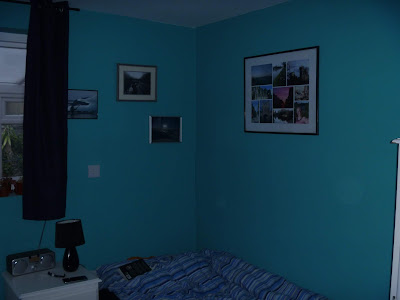 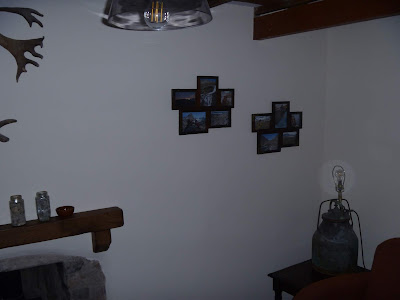