A few days after our recce we took the actual students into the field, to Parys Mountain. We were a small group! And it went well. The students were interested and engaged. Jaco learned a lot (he's a sedimentologist so doesn't ponder hydrothermal activity very often) and we had brought David as a photographer. 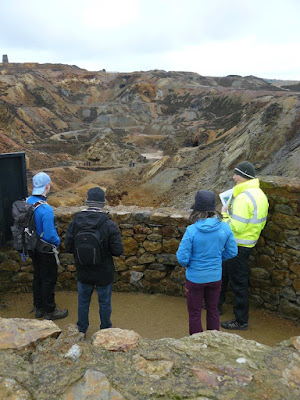 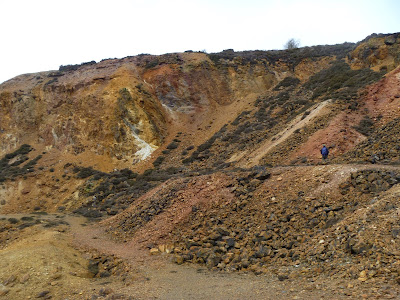 Jaco in the Big Pit 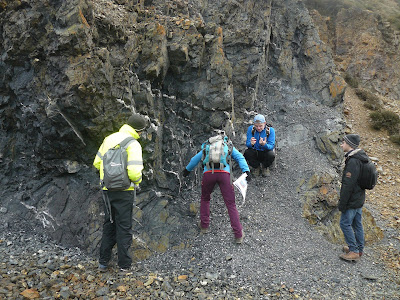 When we were done looking at the geology we continued admiring the industrial heritage at the site. And it was good we had David; normally he keeps to the background if he joins a trip as a photographer, but this time he had such a wealth of knowledge about the place he broke his habit and pitched in. Cool! 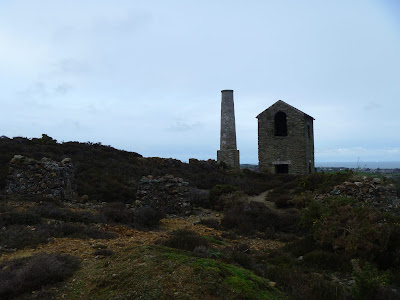 Next time we will on a beach again, but I think I will miss that one as I'm lecturing. Oh well! This trip had been good!