The garden was a bit neglected when I moved in. And some of the trees were in need of pruning! But it looked like one of those jobs that would take me forever. And I figured it would be better if I had a professional sort it out! And Phil knew one. In December this recommended chap came to have a look, and booked me in for January. And on the set day he duly appeared!

We had another look; they had forgot the finer details of what we had discussed. And then I left them to it! Most work was the crab apple tree, who had grown all over the place. They tidied up the other trees too. And before the morning was over they were done, taking all the cuttings with them. That meant I wasn't getting any firewood out of this but well, one can't have it all. The garden looks a lot more civilised now! 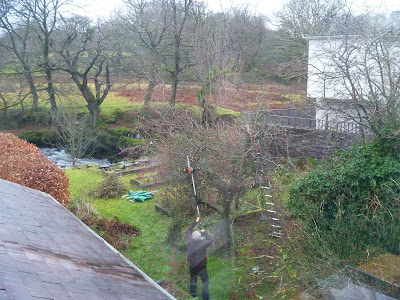 The men at work 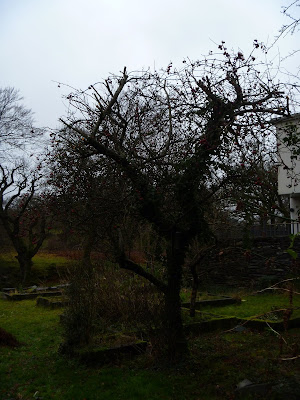 The crab apple tree after they were done