I finished a non-Welsh book! I had brought it from the Netherlands one day; my mother had read it and didn't want to do it again. It was the Greek myths retold by Stephen Fry. I can be a bit sceptical of modern re-tellings but I figured Stephen Fry would honour the originals. And I think he did! He sometimes uses rather modern language, but then again, why would the people in the myths sound old-fashioned. They wouldn't have sounded like that to themselves! So it brought the stories to life, and of course, there were loads of footnotes with explanations of what locations were now called what and what creature or phenomenon had been named after which (demi-)god. It was nice and I was nicely reminded of a lot of myths I either half-remembered, or only sort of had heard of. It was worth it! 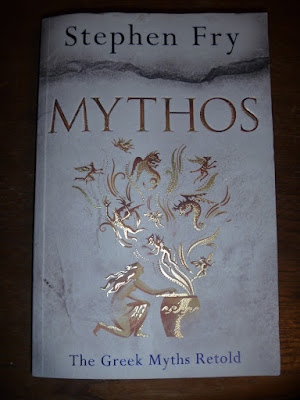