When I got to my mother’s place, all seemed normal! People were doing their usual thing. And she had a rollator (that word seems to exist in US English so I’m just using it here too) and that was new, since her fall in spring, but that was only a practical issue. And her place is suitable for pottering around, assisted by wheels! Quite unlike mine.
In the late afternoon we went into the garden for a drink and one of her friends joined us. And people popped by for a chat! Such a contrast with Wales where restrictions are still considerable. We can meet in gardens too but not like that! Although maybe all these people count as one household. In a way.
I later had a clever idea. My mother doesn’t cook, but she enjoyed my food when she was visiting me, so I offered to cook for her! She accepted. And invited a friend. It was good! 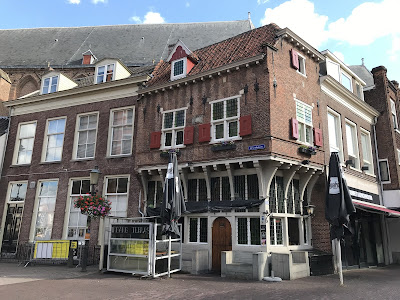 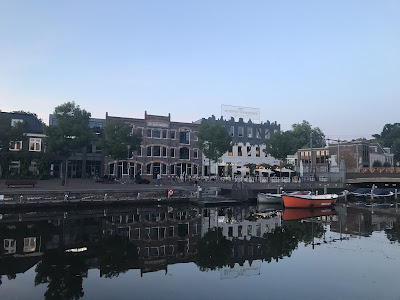 Evening scene with the river Eem and some poetry
The next day I went to see my sister and her family. Two of the kids had just been on music camp, and the whole family would go on holiday the day after. So there was a small window in which I could see them all! And it would be a busy window in which they needed to finish packing, wash the camp clothes, eat all the perishable foods, move the plants, etc etc. But I was sure I could make myself useful!
In between the packing we caught up. The music camp had been good! And they all had come through lockdown well. I suppose the combination of the kids being teenagers, and lockdown not being very strict, made it quite doable. And it was a special summer: the last time they would be a family of five! Offspring number one will be off to university.
I also met the cat for the first time! During my last trip I had seen my sister and her family only away from their home, so she had already been established but we hadn’t been introduced. She is super cute! 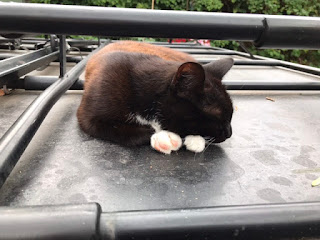 The cat
When I got back to my mum’s I realised my crocs had accidentally been caught up in all the packing! Oh dear. I wear them every day. And on a lockdown working day, it’s all footwear I wear all day except my running shoes. I really want to have a pair! So I made sure to buy a new pair. They may be reviled but I don’t care!
When I visited my dad and his wife we went for a nice sunny walk! And I got a health update; there had been mention of glaucoma but my dad didn’t turn out to actually have that. He had new glasses now and was good to go! And they were pondering holiday options. A spring trip had fallen through and they were thinking about an alternative. 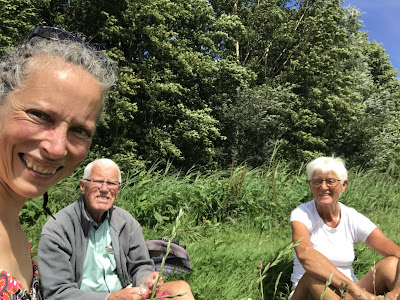 Sunny tea break during walk with dad and stepmum 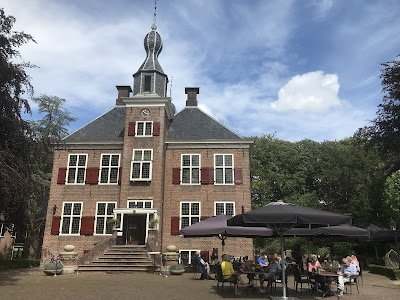 The Essenburgh: a nice castle we walked past
I also went to Amsterdam to see Roelof! And Micha. They were also pondering a holiday. With the abrupt change in travel restrictions between the UK and Spain Roelof was a bit hesitant. That could happen between the Netherlands and his destination of choice too! It’s a strange time. But even though they live in a capital city, in an apartment, they had come through lockdown ok too. Fortunately! 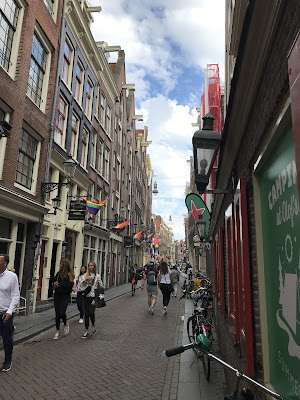 The Zeedijk in Amsterdam 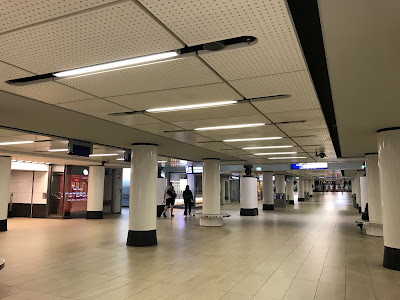 Some things are not normal: this is the main passage under Amsterdam Central Station at 8:18 on a Tuesday. It's not supposed to like like that...
I had hoped to see Monique too, but she had just had a Corona test and she didn’t receive anyone until a negative result had come back. And that happened before I left the country, but still a bit late to go see her. Next time!
So when will next time be? No idea! The orders between the Netherlands and the UK are currently open, but all over Europe there have been outbreaks and new lockdowns and whatnot. I’m glad I’ve been in this short time it was uncomplicated! But I will do some expectation management regarding any trips later this year... 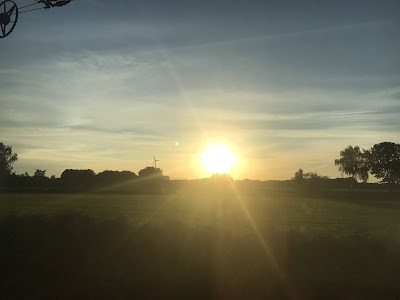 Evening view from a Dutch train
Posted by Margot at 08:44