Rug on the top landing

I love my old floor boards! But they haven't all survived. Some bits have been replaced by hardboard. That's not so beautiful! And at the top of the stairs to the top floor, this mosaic of Victorian wood and modern hardboard had been obscured from view by cork tiles. I don't like cork tiles! I had had the bedroom, that had had them too, carpeted over. But what to do with the landing? On one side there was a room with green carpet. On the other side there was a room with blue carpet.What to put in between? 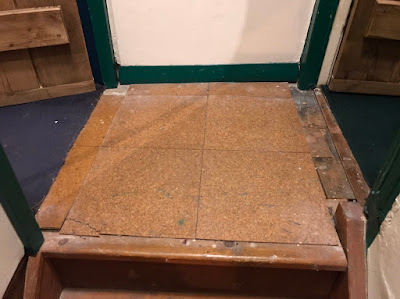 The landing as it was

I had found a nice colourful rug a fair while ago, but I would have to somehow make it fit in that space, and then nail it down. And that's no sinecure! But with most big jobs done it was time to start that job.

I started on one side; I made it fit around the door frames. And then I had to do the entire other side. A much bigger job! And with a lot of other things on I didn't get around to it particularly often. And after doing the corner for the doorpost I cut the rug in the wrong place, so I had to first repair that before I could go on. But over many weeks, still some progress was made. 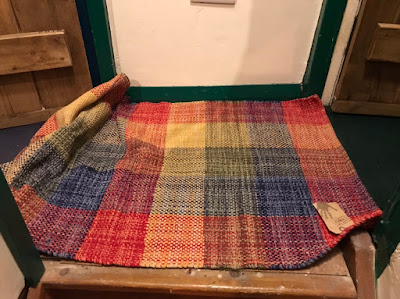 The rug as it was

And then finally it was done! Then I had to only nail it down as I didn't want a loose rug above a flight of stairs. That is asking for trouble! And I sewed a hem on the left-over bit so I have an extra rug. Not yet sure what to do with it but I'm sure it'll come in handy.

This turned into more of a long-term project than anticipated but after two years it's finally done! 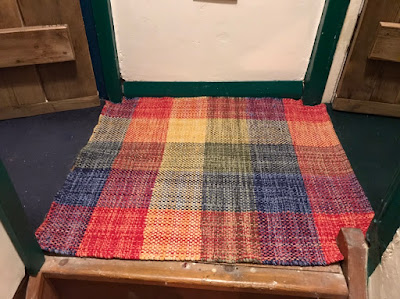 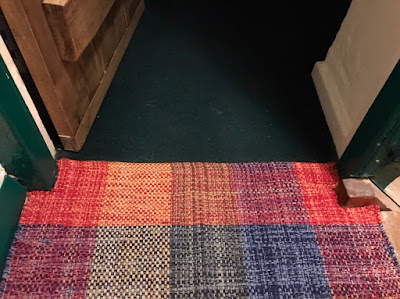