All the prep work had been done. It was time to paint the kitchen! Or at least, the two prepped walls. So on a Saturday morning I set to work! And it went well. Most of it with a roller, and the edges with a brush. And when I had done both I could pretty much start the first one again. And it only took two coats! And in the early afternoon it was all done! So in the evening I took the masking tape off, removed the newspapers, put the radiator shelf back and hung up a few pictures. And the kitchen looked so much better! Albeit a bit pale. In the other rooms I had no problem with the magnolia and white combination. On the ground floor that was because of the ceiling beams, and in the top floor probably because the rooms are quite narrow. The kitchen isn't! So after some pondering a bit I figured maybe I should paint the ceiling yellow. But that's a bit deeper down on the to do list. And I still have the third wall to do! But I am quite chuffed with these two walls! 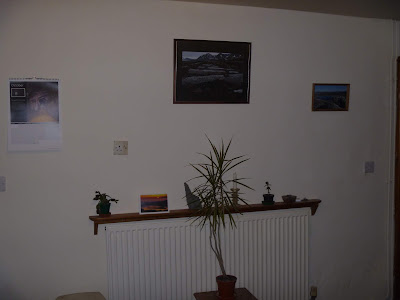 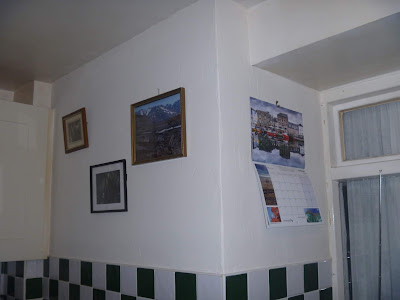 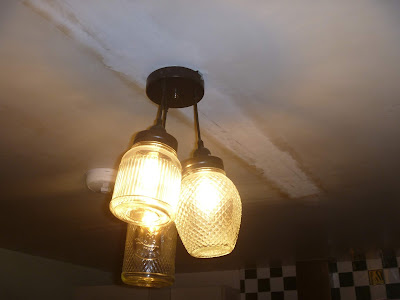 The ceiling; nicotine brown with filler white (there used to be an industrial strip light there)