Having your house painted and new floors laid means a lot of shuffling stuff around! I had been storing a lot in the storage area (one can see why), and the conservatory had at some point also started to function as a place to keep things out of the way. But then it was time for these spaces to be painted. So everything had to go! And (with lots of help from Jason) I put it all in the bedroom. And got a little bit nervous. The room was pretty cramped by then! And I really hoped the painter would do as he had said and do the last painting when he said he would. I didn't want to have to take everything out of the room again to make space for the carpet fitters before I could put it in the places where it was supposed to end up! But I have faith. Watch this space! 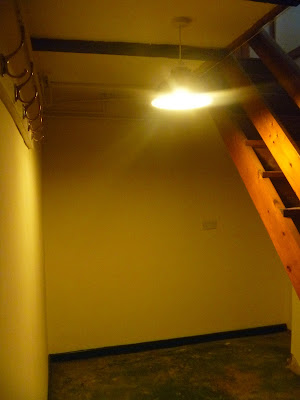 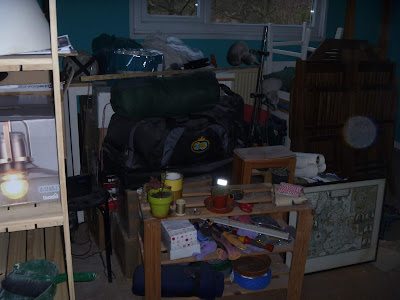 Bedroom invisible behind all the stuff 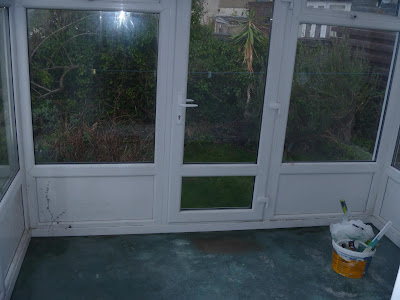 (As good as) empty conservatory