I had had in mind that my first underground trip in Yorkshire would be Gaping Gill, on my third Saturday. It's a bit of an intimidating venue, but I looked forward to it! Unfortunately, it seems to be a good weather cave; with too much rain, there's a risk of flooding. And I don't think the entire place has any chance of flooding; too bloody big. But as far as I know, you abseil down a waterfall to get in, and I can imagine that can get unpleasant when it is pissing down. And that holds for the way up too! And, unfortunately, the week before that trip, it rained quite a lot. The trip was cancelled.

That gave me a day off. Good! I still had plenty of chores to do. So I did them. And then it was 3PM, and I figured I might sneak in my first small exploration of the National Railway Museum. Two hours is not anywhere near enough to see all of it, but I live nearby, and it's free, so I intend to pop in for an hour every now and then, rather than do all of it in one exhaustive go. So this was my first chance! 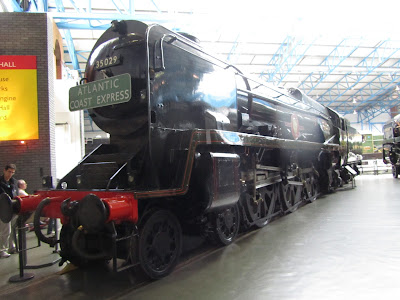 The first train you see when you come in 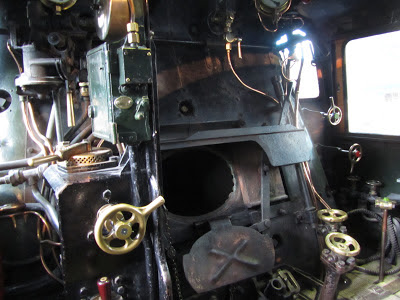 The inside of a steam train

It's beautiful! And impressive! They have more trains than you can shake a stick at. And I have only seen so much. I suspect I might sometimes have guests who are interested in having a look there: I can't wait to come back!