Running? Or moving house? Is it a choice? I figured it was. In my last two weeks or so in Plymouth I let my regime slip. There was enough to wear me out! But I don't want to let it go for long. I had to find a new route in my new town! Luckily, I had paid attention to that when selecting a place to live. I chose a place near the river, and the river has paths on both sides along quite a lot of its banks. And that's nice running territory! I had seen on google maps that there is a rather large green area on the north bank, so one sunny evening I decided to explore. I ran to the bridge, and across it, and soon saw an unpaved path going off in the distance. My kind of path! 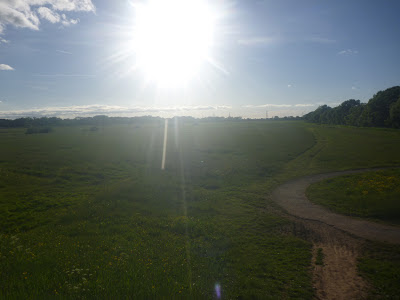 By the time I thought of turning around I saw I had come close to the river again. There was a connecting path! So I ran back along the actual river. I was massively out of shape, but it was a nice run! I later found out it was ~6k, which is a good distance for a before-work-run. I should do that every second day soon! 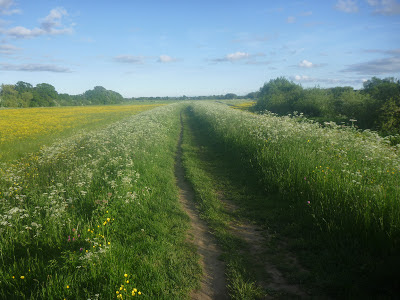 The path along the river for the way back 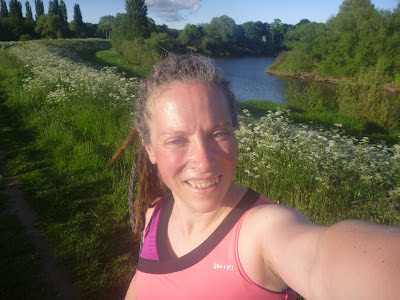 Getting sweaty again! And this time not from lugging boxes around!