More work on making the front of the house look tidy

I had been trying incrementally to turn the mess of pots (often broken) with dead plants and/or weeds in front of my house into a nicer display with live intentional plants. And I had been making loads of progress! But the actual area in front of the house was in itself a bit of a mess, with high grass and rampant dock weed and whatnot. So one dry Saturday I first took my garden shears to the vegetation and then the lawnmower. And now it looks much tidier! Now I need to keep it that way. But it's not an awfully large amount of extra mowing! I think I can do this and keep the appearance of someone not all too neglectful. And I will probably manage to get the pot situation sorted before next spring! 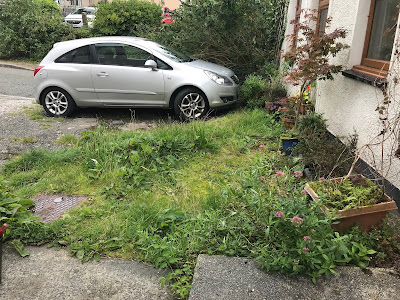 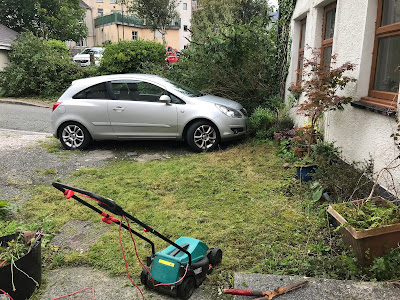