There was another strike announced. For better pay, better pensions, better working conditions. And who doesn't like these things? But I am not sure if demanding them is necessarily the right thing. I mean, yes, teaching more and more students with the same amount of academic staff and decreasing numbers of supporting staff is bound to compromise the quality of the education, and the quality of the life of the educators. And of the students, of course, but that is not what this strike, and thus this blog post, is directly about. But if we want to have enough staff to do the job properly and to stay sane, the university would have to do some serious spending. And the problem is that pretty much all universities are financially struggling. Striking does not just generate buckets of money out of nowhere! (It generate small heaps, though, as the university does not have to pay the striking staff.) And I suppose the same holds for pensions. And pay. I think I am paid well enough. Maybe it's support services who have a point here! The academics; in my view, not so much. Yes you can earn a lot more money elsewhere but that shouldn't be the criterion. If it were, everybody would moan until they got as much as a high-flying professional footballer and these earn stupid money.

I striked on the first day, to show my good intentions. My only timetabled engagement was a meeting and I didn't feel overly bad about missing that. But my main task that day (week, month) was marking. And there are several issues with marking. One is: we get four weeks to mark any assignment. And the strike would be less than two weeks! So I saw it coming that if I would strike, I would still have to do the marking, but in half the time. And that would drive me bonkers! And I think you can refrain from giving a lecture; if the students are really interested in what you have to say they can go and dive into the library and look stuff up themselves. But they can't possibly go and mark their own work. And if you don't lecture about stuff, you have to remove that material from the exams, so the students might learn less but their grades don't suffer. And let's face it; most students are a lot more interested in the latter than the former. But I was marking assignments. The students put blood, sweat and tears into these assignments! If they then turn out to have done it for nothing I think they'd be upset. And rightfully so. So my issue was: I could either upset the students, work for nothing or break strike. And on the first day I worked for nothing, at home. From day two onwards, I broke strike. During that one day I already felt my stress levels rise, due to that lumpen pile of marking looming! I need to look after myself too. So on Tuesday I was back in the office. Marking.

I did soothe my sore soul a bit by donating into the union strike fund. And well, I'll see how it all pans out! Will the universities give in? But how? And will students end up with unmarked work? And how will they react? Stay tuned! 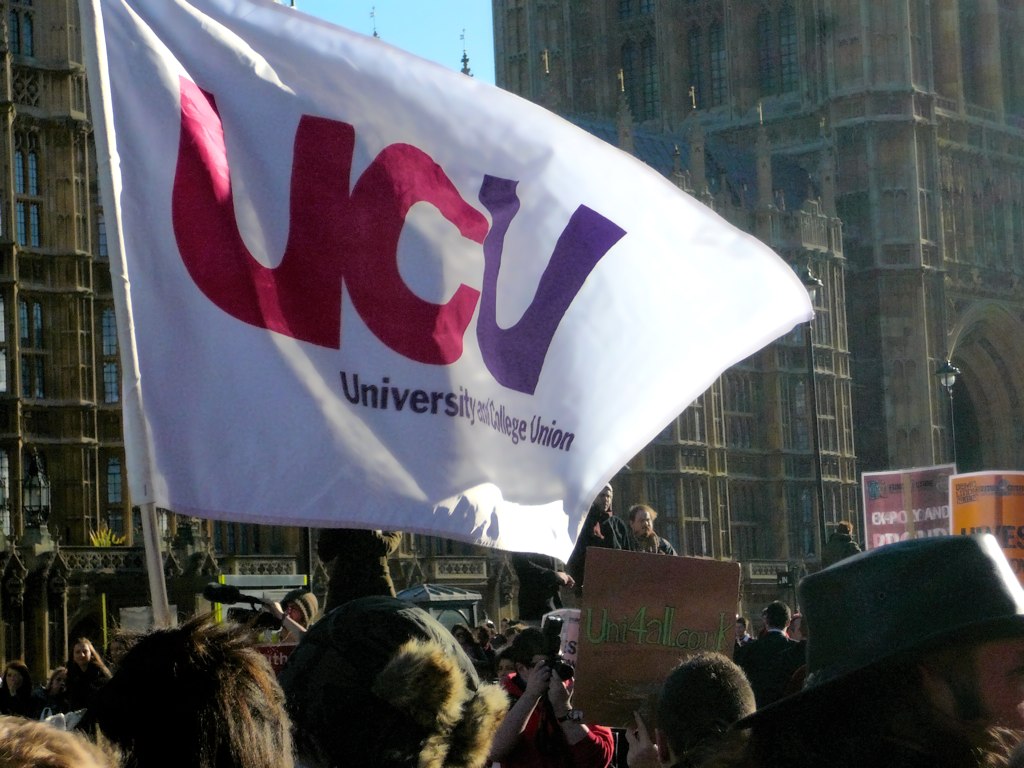