Normally I run at around ten. I often run on a Sunday, and then I get up, have breakfast, and then do some chores while listening to Broadcasting House until my breakfast has settled. And then at ten the Archers starts and that tends to be when I decide my breakfast has settled sufficiently. But due to circumstances I went a bit earlier this week. I was out by eight! I had had half of my usual breakfast so it didn't need to settle so much. And the valley looked amazing. I wasn't the only one of that opinion: I ran past three people sitting outside their tents in the verge of the cycle path. I wouldn't have thought of camping there but why not? They were having their morning coffee with an amazing view. It was quite nice! And when I got back I had the other half of my breakfast. And by ten I was out of the house doing other chores. I could do this more often! 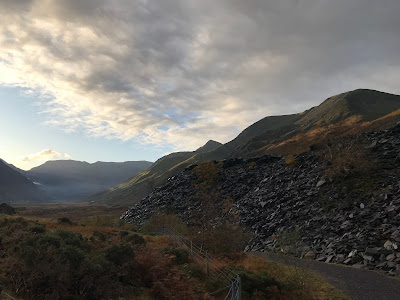 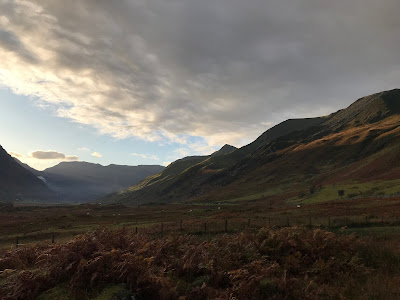