I had bought a new tent! And not used it yet. Only for a few weeks, but then again, the nights are drawing in and the camping circumstances are not going to get better. When I drove with Glyn to Caernarfon in the gorgeous evening sun I pondered it would have been a great night for testing out the tent! But when I thought that, I decided I could do it the next day. The weather forecast was OK!

That next day I did what I had to do (including the co-op DIY) and got ready. Slowly. I had been pondering what to do with dinner. Should I assemble a trek meal? Should I eat beforehand? Should I cook early and bring food in a Tupperware? I decided on the latter. But in the weekend I cook for several days, as through the week I often am not home by dinner time, so I rely on leftovers. So I went to the shop and cooked a meal that would last me for days. But that took a while! Sometimes I am a bad planner. I decided to just eat and only leave then. I did, and then packed my bag. By the time I was ready and pulled the door behind me it was a quarter to seven! Pretty close to sunset, at around seven…

I walked at a good pace. After half an hour I was out of civilisation! I know I can do that an awful lot quicker but I had picked a valley at the south-eastern end of the village, so I have to get through a lot of it. But evidently, by the time I was in the moorland, it was quite dark. I decided to pitch quite soon! I was still close to town, but still in the middle of empty fields. Good enough! I found a little spot next to a stream (Afon Cenllusg; ‘cenllysg’ is hail; would that be what it means?  My dictionaries don’t know cenllusg), in a slight depression so a bit sheltered, and with a big rock to lean against. Perfect! 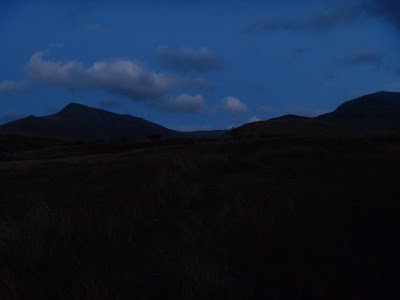 The view when I decided to pitch my tent 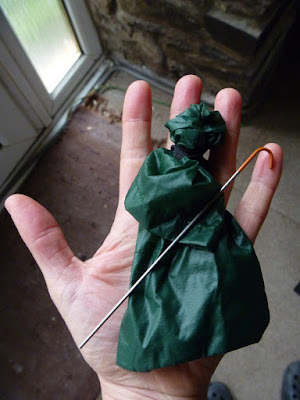 
I pitched the tent, a bit clumsily as it was only the second time. I used the pegs from my old tent; the pegs this tent came with were very light-weight, but they didn’t look up to the Welsh winds, even on a relatively calm evening like this. It flapped a bit in the wind but I figured it would be OK. I then had a wash in the river. Nice! And then I ate some apples as I hadn’t got around to eating fruit that day.

By then it was very dark and quite cold so I just brushed my teeth and went into my tent. I stuck my legs into my sleeping bag and read for a while. I had some reading to do as homework! And my mother phoned! We speak every weekend and I hadn’t phoned yet, so now she phoned me. I was close enough to town to have a stable signal! Bonus! It was snug to talk to her from the snugness of my tent.

By the time I had finished the reading I had to do for Welsh class I was very tired. Time to have a leak and go to bed!

I slept well. I must have woken up a few times as I heard it rain. It had been forest for 3AM! And I woke up at seven. I stuck my head out of the tent and saw the fog. The previous night would have had a nicer morning! But one can’t have it all. I got out and made my breakfast. The rock I leant against faced away from town so I felt really far from civilisation. And after breakfast I just packed up, brushed my teeth again, and went home! I got there in 45 minutes. I’m sure it can be done quicker but I was a bit distracted by the lovely autumn colours and a flirtatious cat. And then I was home to unpack, and then do my weekend chores! It had been great! I should do it again. And next time do smarter things with dinner; maybe I should have a camp meal lying ready so I can just grab it and be off. And I could pick a closer valley if I’m short on time! 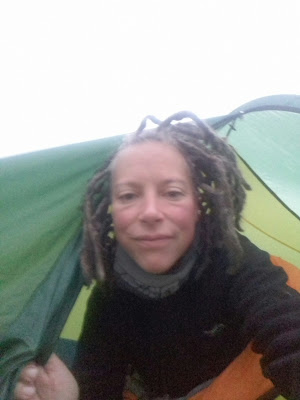 Sleepy eyes at 7AM! 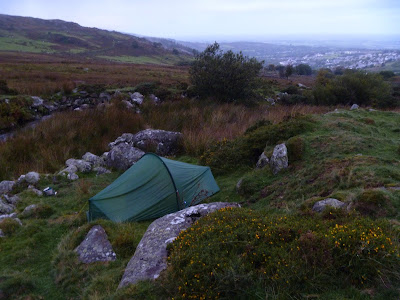 My camping spot, with the village in the background 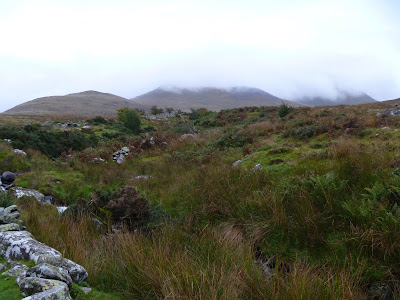 During breakfast, the hills reappeared 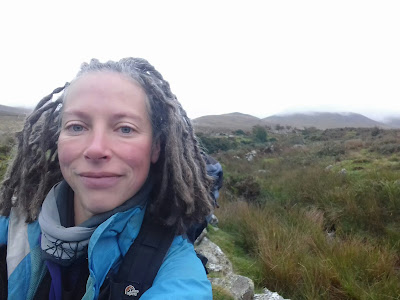 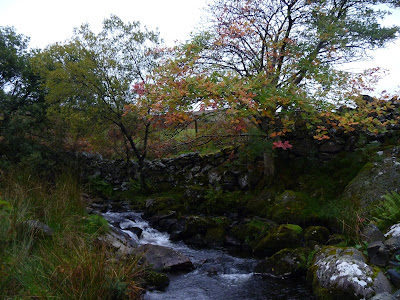 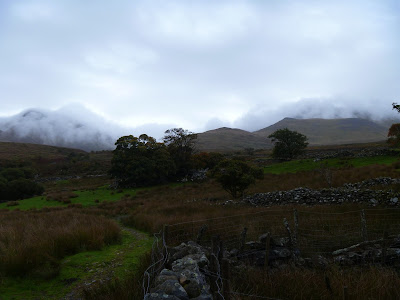 Goodbye, hills! See you soon again!
Posted by Margot at 07:17