I got away with joining the advanced Welsh class after only 1 hour of beginners' class. But my brain was in meltdown when I got out! I knew I had some work to do if I wanted to catch up with this group, that had been learning for 1 year at least. During that first lesson I had had before we had done 3 pages of the course handout; the advanced class was about 55 pages further. And I'd better teach myself whatever happened in these pages in order to make it less exhausting to keep up! So I got to work.

I often revise a bit between the dishes and bed time. And I spend most of my lunch breaks sitting on a rock outside, revising! My Welsh went with me to Vienna as well. I had already once bought milk in the corner shop, all in Welsh, but the shop lady responded in English. But when I went to the greengrocer the week after, I managed to be addressed in Welsh! I'm improving. 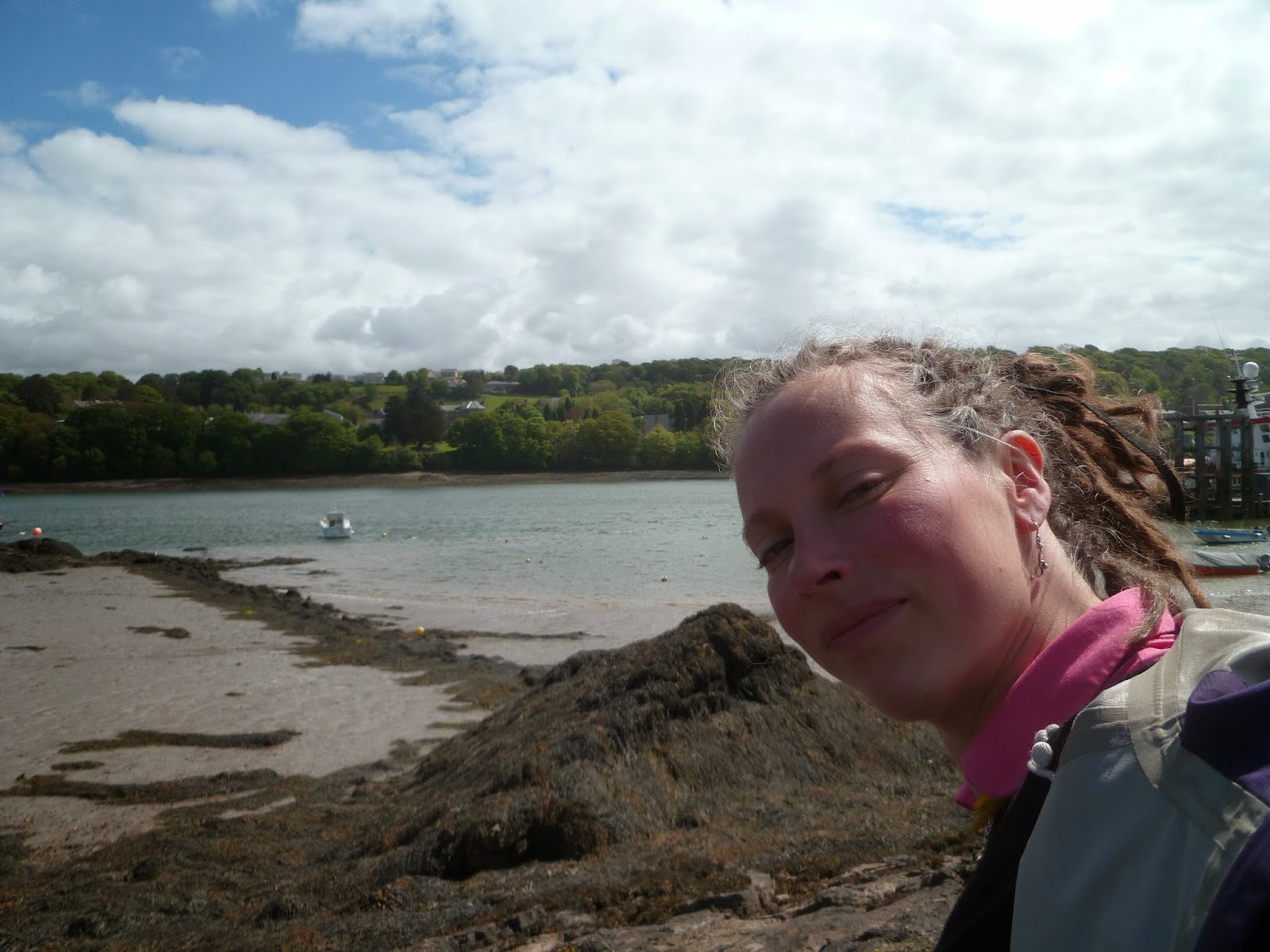 Selfie on my standard lunch spot, where I tend to revise Welsh

The course material was not my only source; I had bought a booklet when I went looking for a house. That provided a nice addition; it was more formal (there is an enormous difference between written and spoken Welsh, and the university course pretty much teaches you spoken Welsh only) and more structured. Not only sentences from which you have to pry things like verb conjugations, but neat rows of such. Much better! I'm not for that modern conversational style of learning! I'm the servus servi servo servum servo kind of girl. But the booklet only went so far. I needed more!

So I found a document online detailing Welsh grammar. Yay! Finally, I got my metaphorical servus servi etc. (First page, 2nd paragraph: "singular, feminine nouns will undergo a soft mutation after "y", except those beginning with "ll" and "rh"...) And I did get a glimpse of how much there still is to learn. Oh well, nobody said it would be easy! And I also ordered a book, a novel, which was written specifically for Welsh learners. For when I'm in an imtermediately educational mood.

So then you get all full of yourself, quite impressed by your own talent and dedication. And then someone asks you a question in Welsh. A simple yes/no question. And you are at a total loss for words. And not only because in Welsh, there is no such thing as simple yes/no question (I'll get back to that). I realised I was rather rapidly teaching myself to read in Welsh. But that's not enough! I want to speak it. And revising is all well, but when I have to dig the grammatical structures out right there and then, I often can't manage. I need to practice more with that!

After that first advanced lesson three weeks passed without; two bank holidays and one EGU. The next lesson, anticipated as it was, was very useful. I got my speaking practice! And I should not be so shy and self-conscious if I am in the pub with the cavers, and order my beer in Welsh. And try in shops too. And not be hesitant to practice on the Welsh geophysicist a few doors away. And mutter to myself a lot! I have to be disciplined, but I think I'll get there!


ps Welsh is a bit like Finnish in the way they answer questions; you have to repeat the verb used. "Are the fish biting?" "Biting!" or "Not biting!". Not sure if that's a good example but these English tend to use pretty much only one finite verb in questions...
Posted by Margot at 09:19