When I was having an afternoon stroll on an otherwise chore-filled Sunday I came past a door. In a rock face. Which was open. Ooh! How loud can things call out at you? This clearly beckoned. I stuck my nose in, but I didn't have a light on me, not even a bike light! So I couldn't really go in and see what that was. But I wans't going to let that hole remain unexplored. 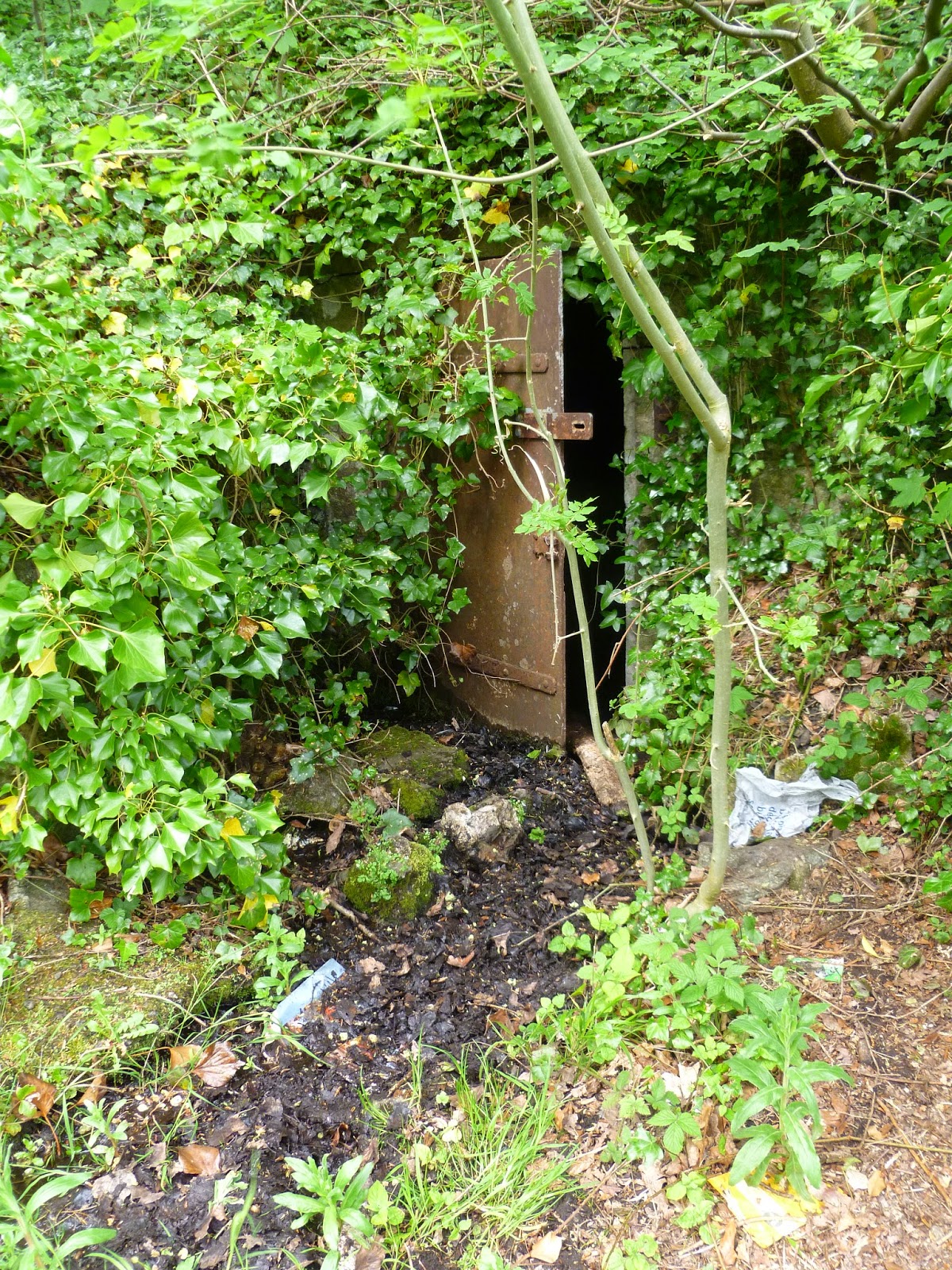 I asked my Thursday friends, and they said they thought it had something to do with the suspension bridge; it is well thinkable that the cables are anchiored fairly deep undergroud. One of them had been in; he said it ended after some tens of metres in a concrete blockage. But just knowing that wasn't enough; I wanted to see for myself! So one evening I changed into quick-dry trouwers, neoprene socks and my vacing boots, and biked down. Lo and behold, after some tens of metres it ended in a concrete blockage! But I was happy I had had a look. It's nice to have been inside your own town... 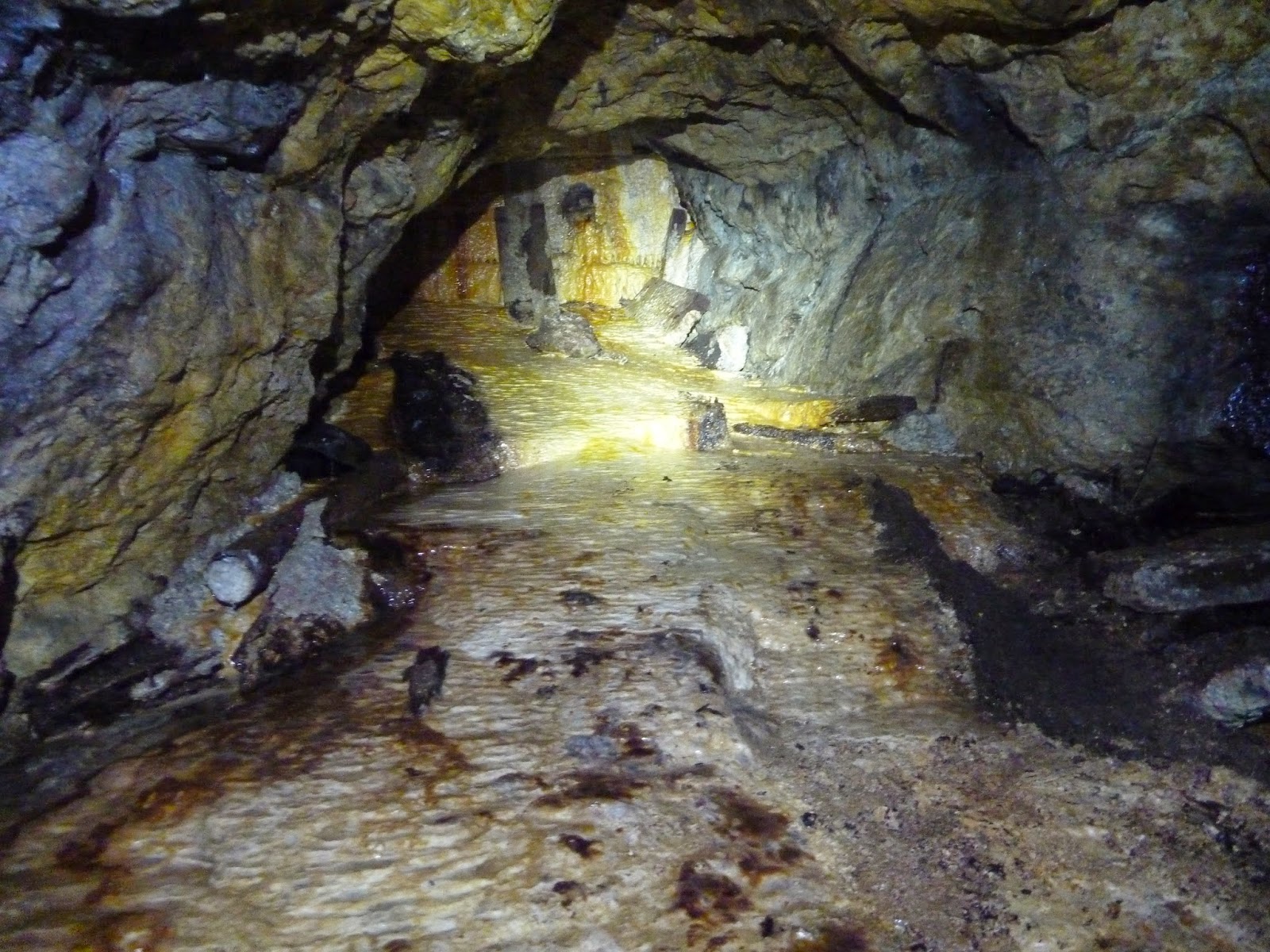 The well-decorated end of the passage
Posted by Margot at 08:20