The survival training took place in Fleetwood, just north of Blackpool. This town has a rather strong reputation in Britain; it is perhaps the most famous old seaside resort, with its hayday in the late 19th Century, when most Britons took their holidays in their own country. As they don't anymore Blackpool's demise was probably inevitable. And a lot of effort has been made to revive the place, but still, when you mention you will go to Blackpool people are likely to make comments that involve ladies with less skin coverage than the weather justifies, rough pubs, and depressing cityscapes. I was keen to see for myself, but also keen to keep my involvement rather minimal! I booked a hotel along the sea front and hoped for the best.

When I came back from the training it was already late, and I was considering making things easy on myself and having dinner in the hotel itself. But as soon as I opened the door I decided against. The lounge was full of elderly people listening to a chap belting out Neil Sedaka songs and similar crowd-pleasers. I didn't know how quickly I should drop my bag and head for town! And while walking south I enjoyed the eerie light of a thunderstorm on the horizon. 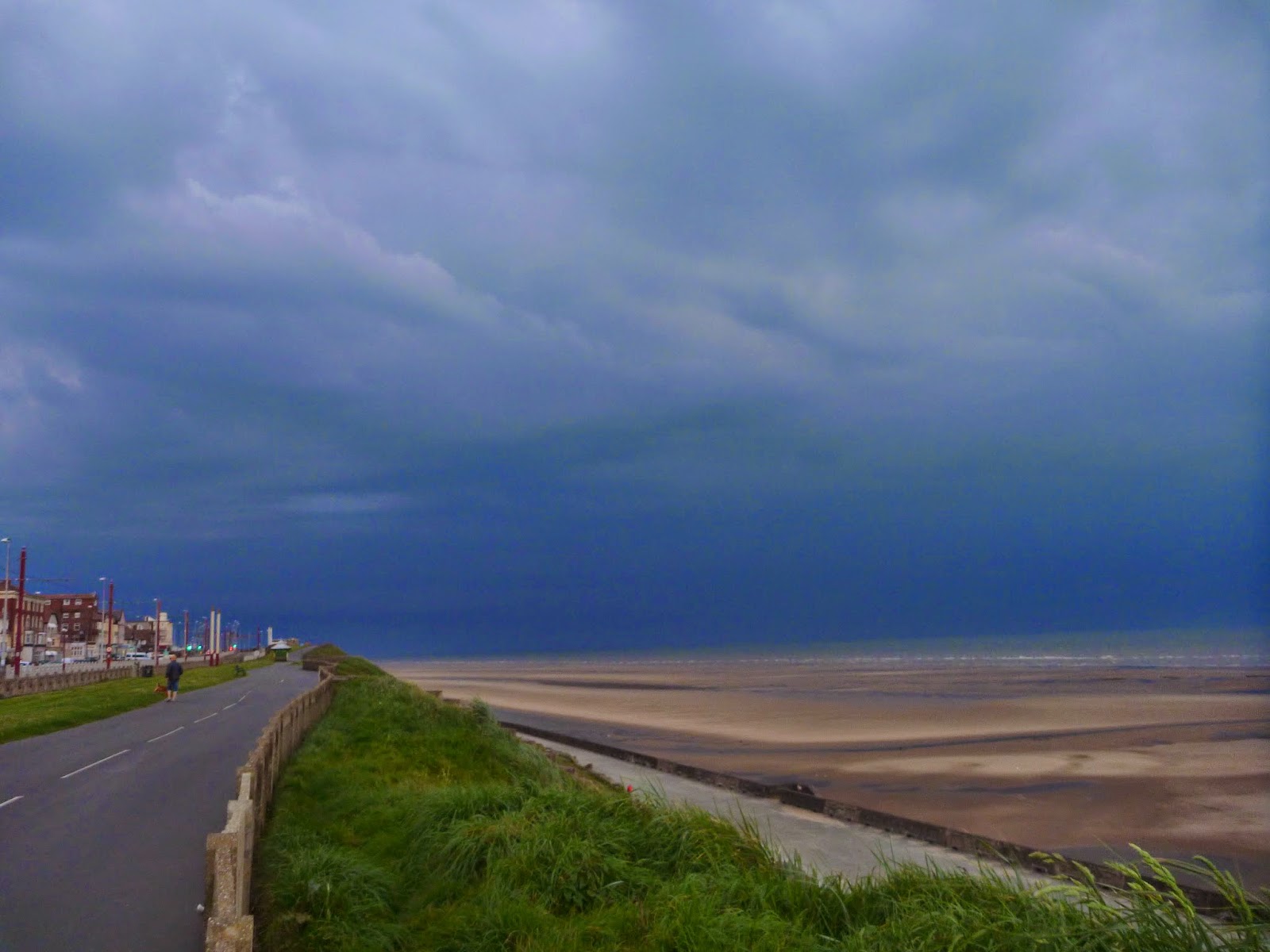 This is an unedited picture! Unfortunately I didn't manage to catch lightning with my camera.

I reached what seemed to be the nearest hub of nutrition. I saw several takeways and some chippies. I was hoping to sit down! I had already resigned myself to some quick grub at a neon-lit formica table (welcome to Blackpool!) when I saw a friendly-looking Italian restaurant. That saved me! There were hardly any guests, but hey, it was a monday, after 9PM. The waiters had all the time in the world for me. When they found out I was Dutch they swapped to Italian. Everybody knows the Dutch are polyglots! We settled on Spanish as an acceptable compromise. It was nice food. But when I got back to the hotel the singer (announced as "top class entertainment" on posters on the wall) was still belting away. Oh no! I wanted to sleep! And the pensioners listening to him were soon found out to be of dubious health - I was woken up by the coughing of the gentleman who, by the sound of it, had the hotel room above mine. A dead denizen on the beach

The next morning I went for a run. First on the beach, but the sand was soft, and heavy to run on, so I retreated to the top of the sea wall. Even though I grew up in a country with more sandy beaches than you can shake a stick at, I saw why Blackpool had, in its day, attracted so many people. It was a quite nice beach! 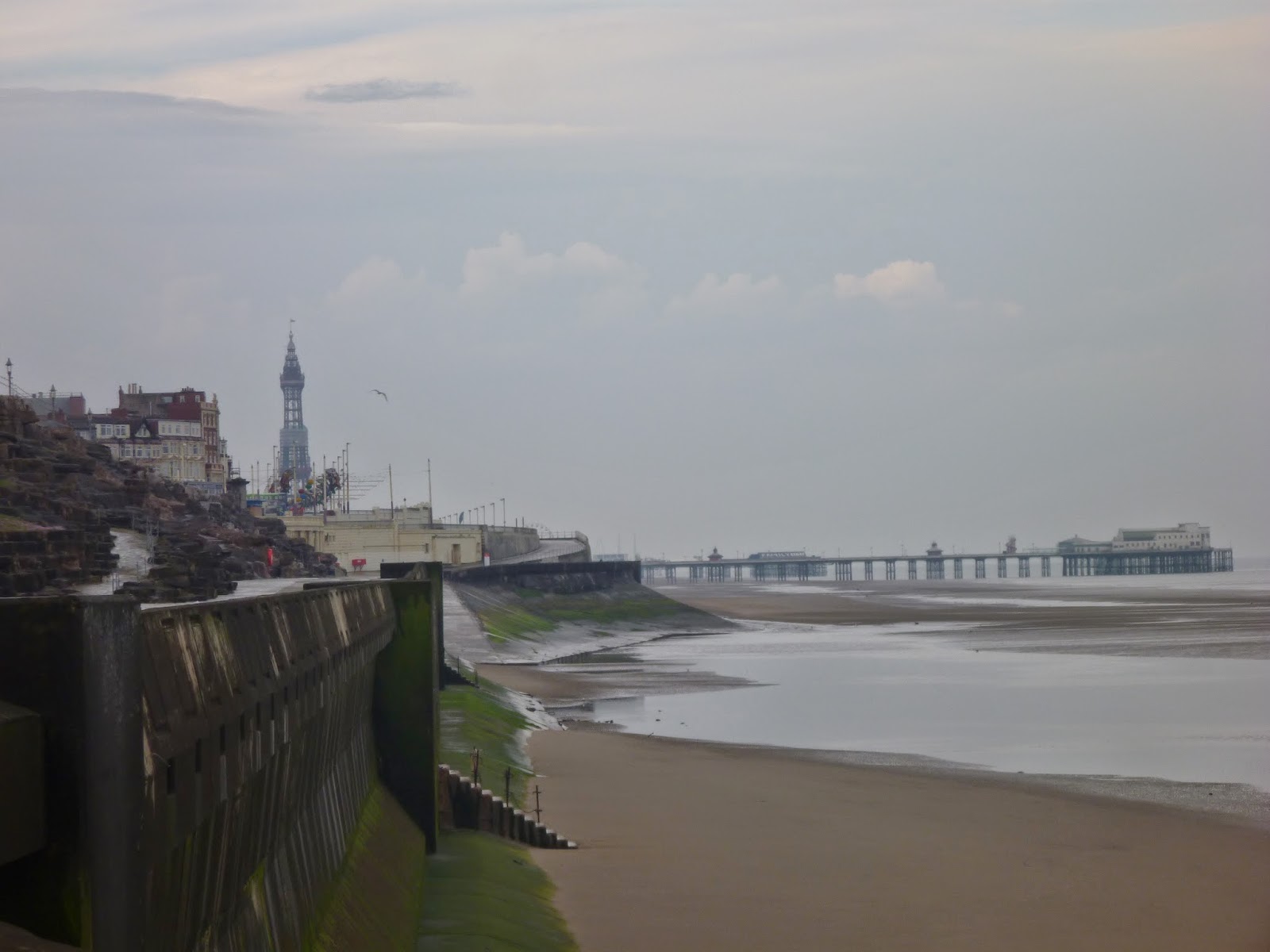 I ran until I had a reasonable view on the famous Blackpool Tower, which was quite a distance further south. I got the pier for free with it. And then I turned around - close enough to beach pavilions and fancy fairs for me! And then I left. I figured I knew enough!
Posted by Margot at 08:39