Back to the BGS

The British Geological Survey has drilled holes in the ground since 1835. They've managed a fair amount of drill holes in these 179 years. So many it makes the mind reel. When I was looking for interglacial sediments some two years ago I spent quite some time trawling through all the records they had from the Nar Valley, where we would do fieldwork. I found quite some promising leads. And once there we soon found out the chance of being refused to chase it up by the landowner is bigger than getting permission, but one has to start somewhere. In the end we got a fair number of interesting cores!

I'm already two universities on from there, but I'm back with the BGS. In the summer I'm going on a cruise for my new job. We're looking for the contact between sediments deposited by ice from the last ice sheet on these parts, and that deposited afterwards. We're looking for these in the Celtic Sea; the sediments draped over the top of the glacial deposits tend to be calm clays. That should be traceable in the BGS core logs. Because they don't only core on land. Oh no! The offshore areas are Swiss cheese too. Unfortunately, the offshore records are not accessible online, unlike the onshore ones. So I'm back trawling through their records, but this time it's a bit more troublesome. 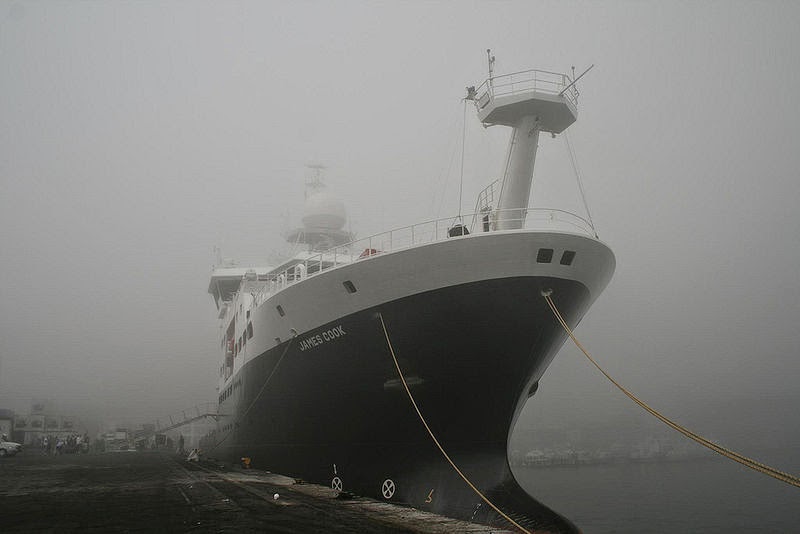 The ship I'll be sailing on later this summer. Pic by Zed Thousand

What I do is go through the BGS database, finding cores in interesting places, throwing all out that were cored in a way that makes it unlikely they have penetrated into the glacial sediments (these are rather hard, so just letting sink your core barrel into the sea floor sediments won't be good enough; a certain level of violence is needed), and then sending a list to the BGS offices. They then tell me how long my selected records are; the very short ones I throw out. And I request the rest,which then get sent to me on a CD. Then I can trawl through them again; if I like what I see, I can request to get to see, and perhaps sub-sample, the actual cores. It's a bit of going to-and-fro, but in the end we might get a few samples without having to do any coring for them ourselves, and if we don't, we have a rather good idea of how difficult it is to get to that specific stratigraphic contact, which will help us with expectation management! 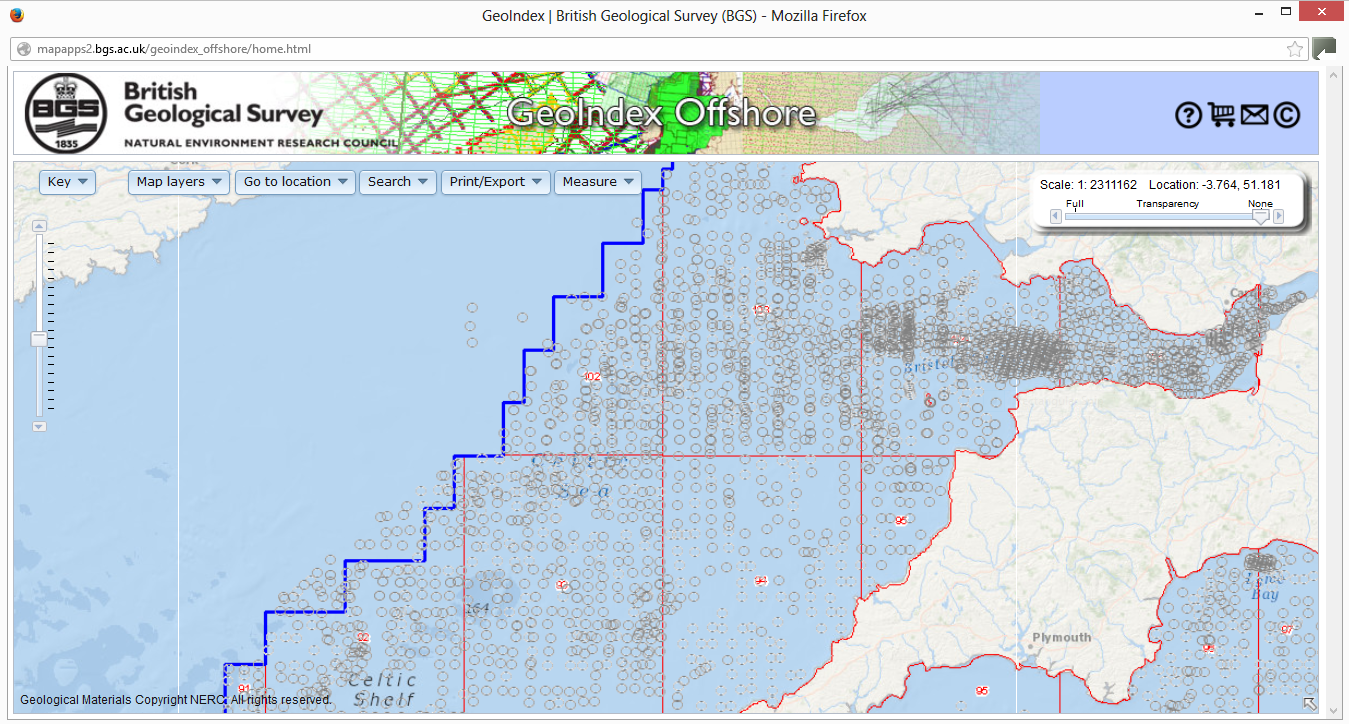 A screenshot from the BGS website; it shows all the cores and samples they have in the area I was interested in. Our cruise will cover much more terrain; we'll go all around Ireland!
Posted by Margot at 08:47