Weekend run in the rain

Sometimes one is a bit more motivated to do a run than at other times. When the rain is slamming against the windows it takes some self discipline to go out! But one should not be discouraged. I had had my eye on a nearby wood (Pentraeth Wood) for bad weather running, and now it was time to try it out. I drove up, found a parking spot, and was off. Slithering and sliding over the path! I should have gone on my off-road shoes! 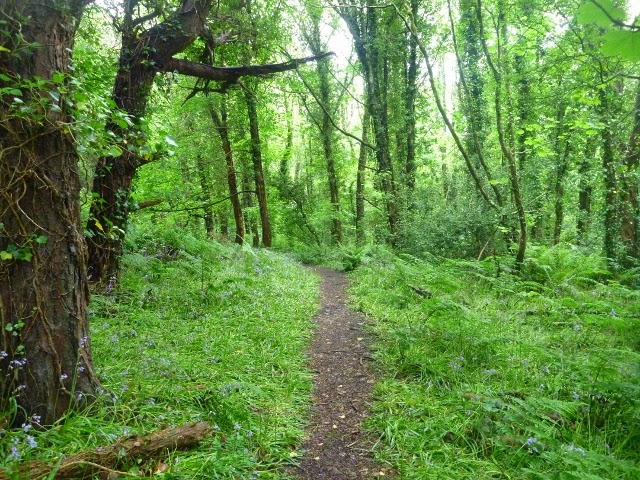 When a path went off to the right and uphill I took it; maybe higher ground would be less slippery. But it got better: it lead to a forestry track. That is solid ground! Then you can actually run, rather than just doing a balancing act.So I followed it, sometimes diving into paths on the side, on which I would just turn back when it got too slippery. I sometimes had nice views out of the woods, over the fields and the sea, and onto Snowdonia. And the wood itself was rather pretty, with lots of flowers. Maybe no the best day for a run but it worked out well! 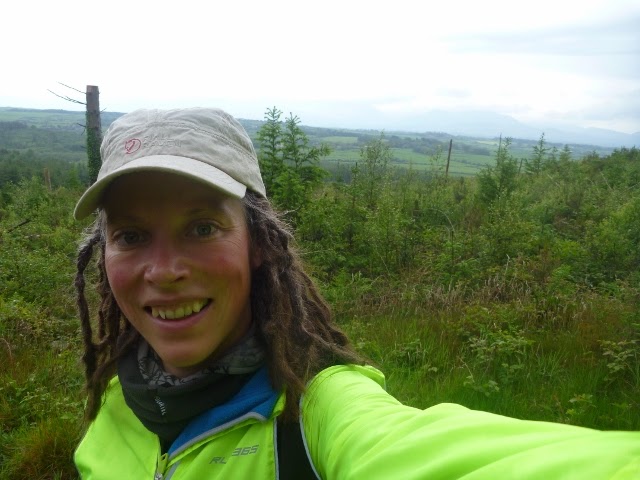 If you look closely you see Snowdonia in the distance. Notice as well the unusually large amount of clothing for a May run. 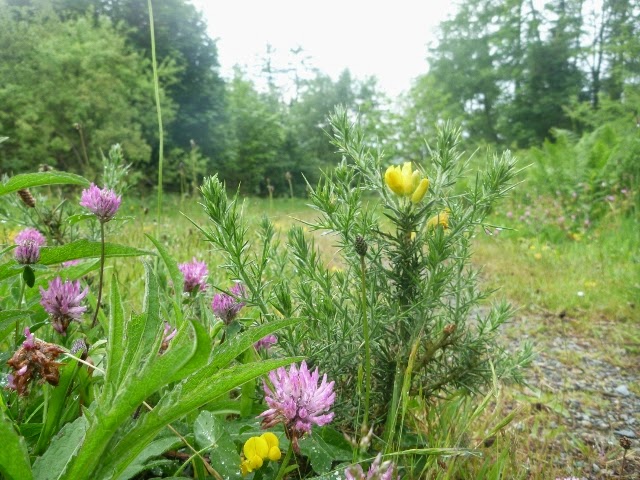