My house looked fine. Nothing wrong with! But some people have a keener eye for imperfections on houses than I do, and my landlord is one of them. When I met him on the day I moved house he mentioned he would have it re-rendered. He had insisted the letting agents would make that clear! They hadn't. But it's alright, I don't think it's very disruptive. Not for me, that is. When there's work on the house I'm not there anyway!

And then it would actually happen. I waited for the chap who would do the work, and gave him the key to the garage; he needed the socket. And then he set to work! I had imagined in my mind the old layer would be sand-blasted off. I had never really thought about what rendering really is. Something like limewash, but thicker? But that was naive. He started to take the entire layer off with a jackhammer! The noise was deafening. I was very glad I'd be going off to work! I really hope I won't fall ill in the period he'sll be doing that. Sleep would be impossible! For most people in the street, I would think... 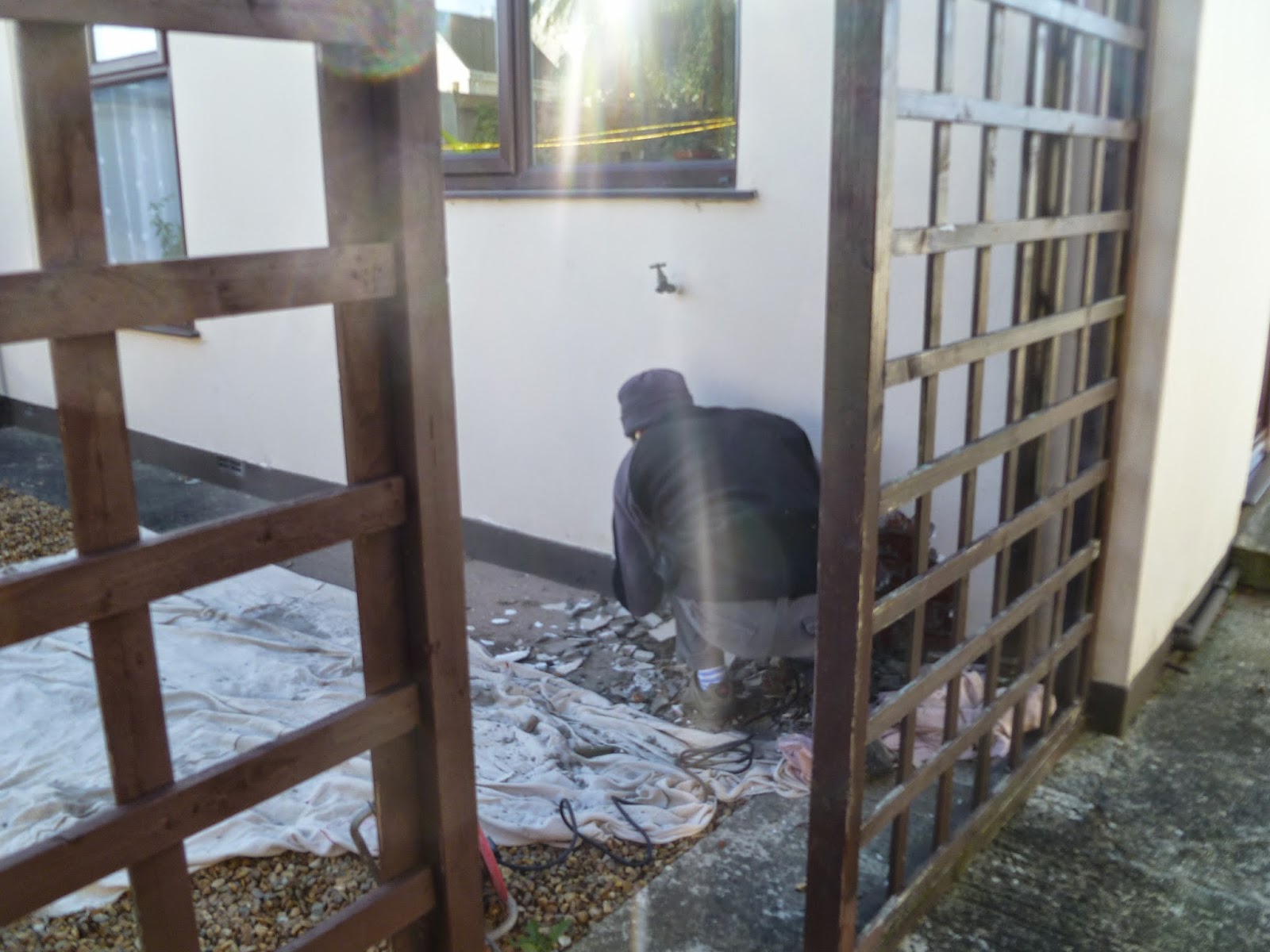 The first start in the corner 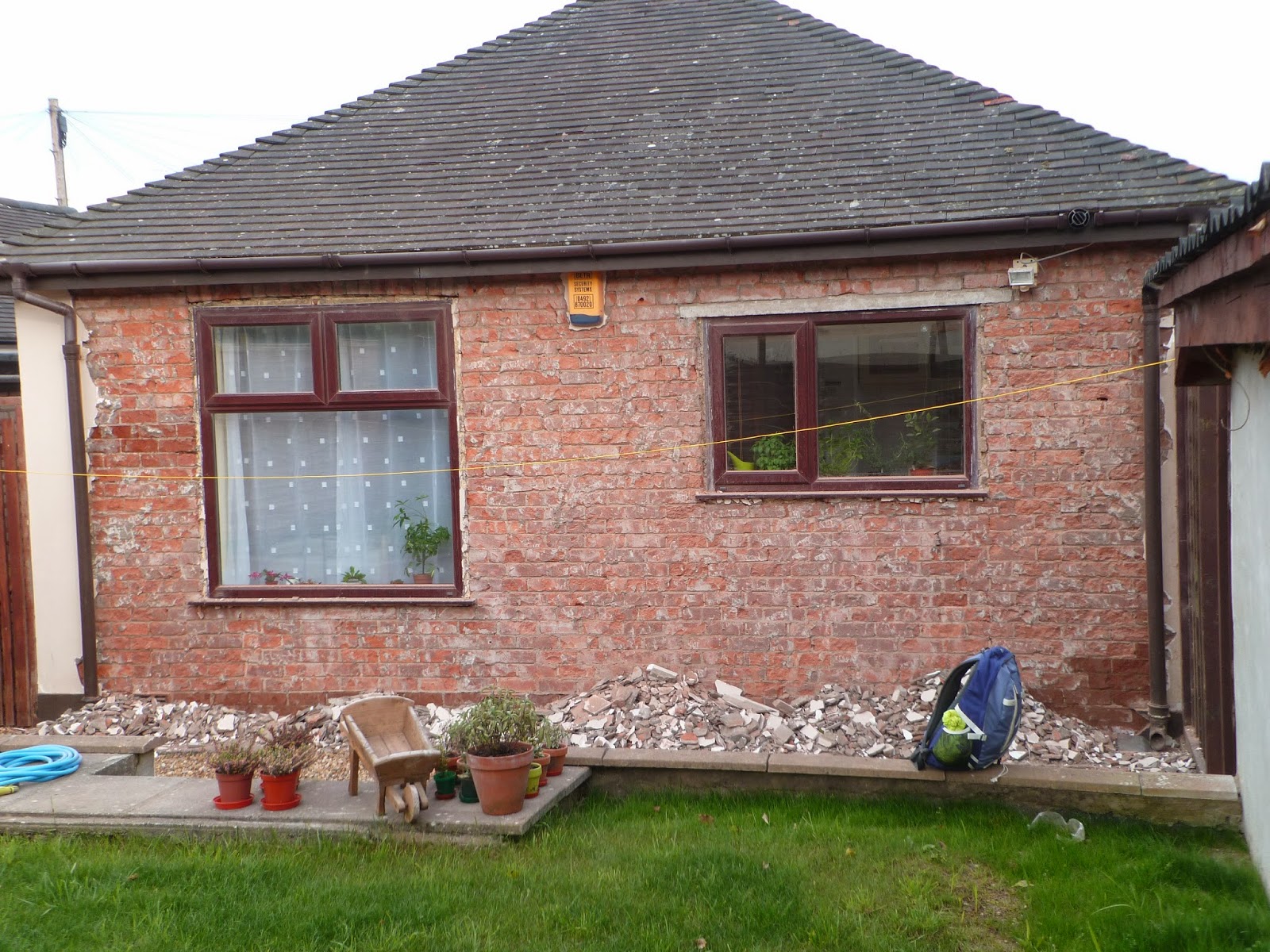 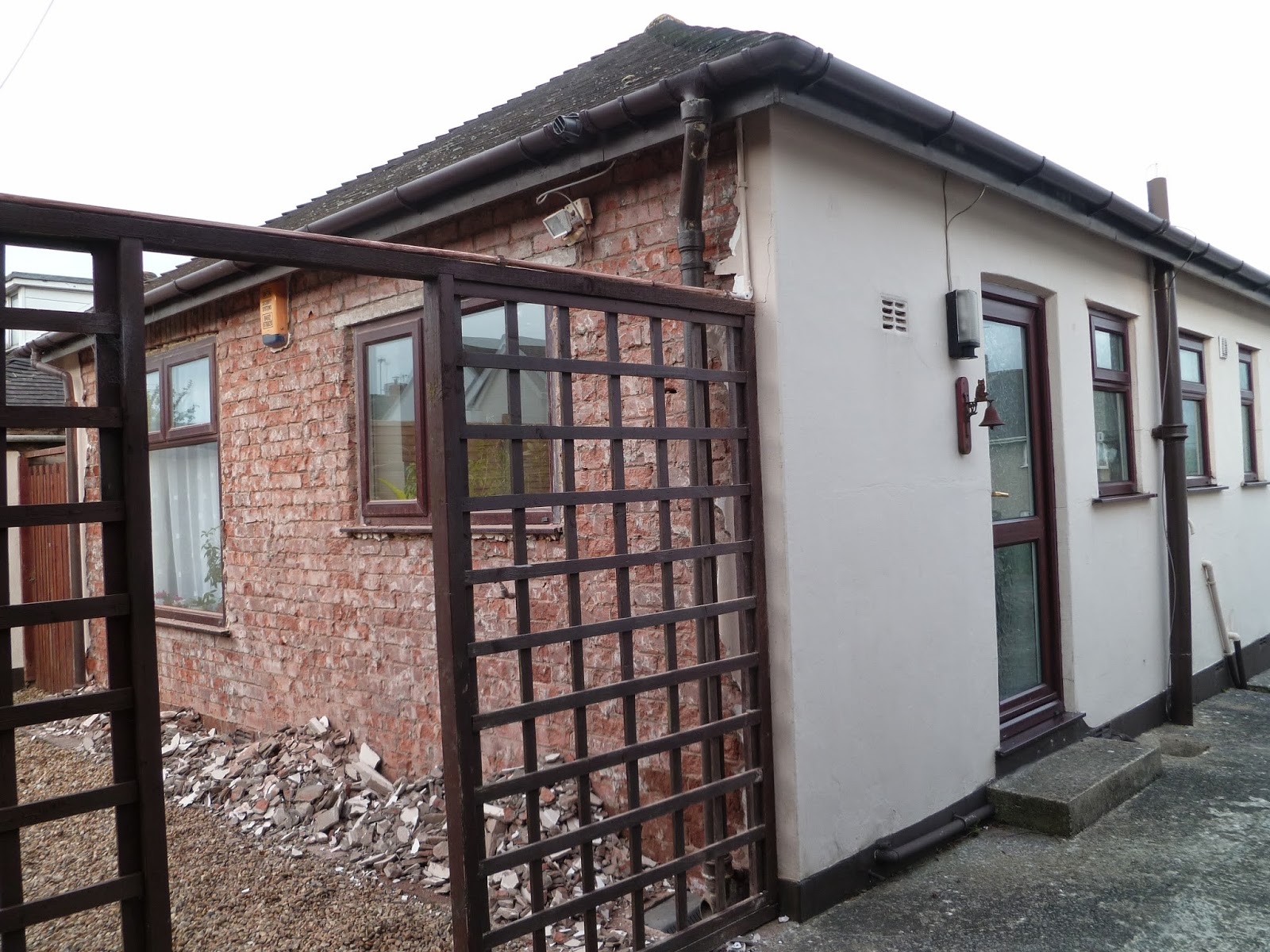 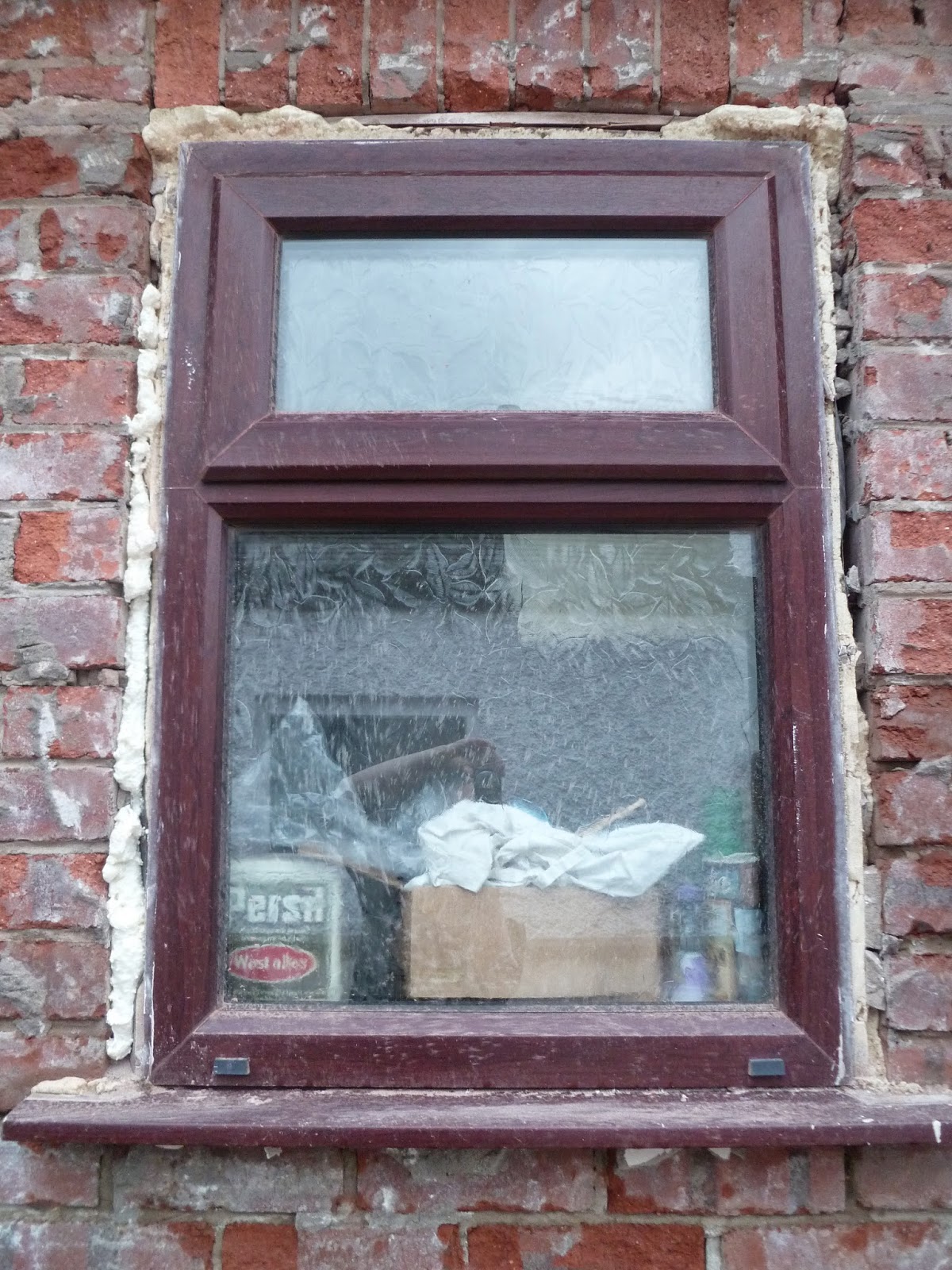 The windows and doors seemed to have been plonked in with a lot more polyurethane foam than consideration. 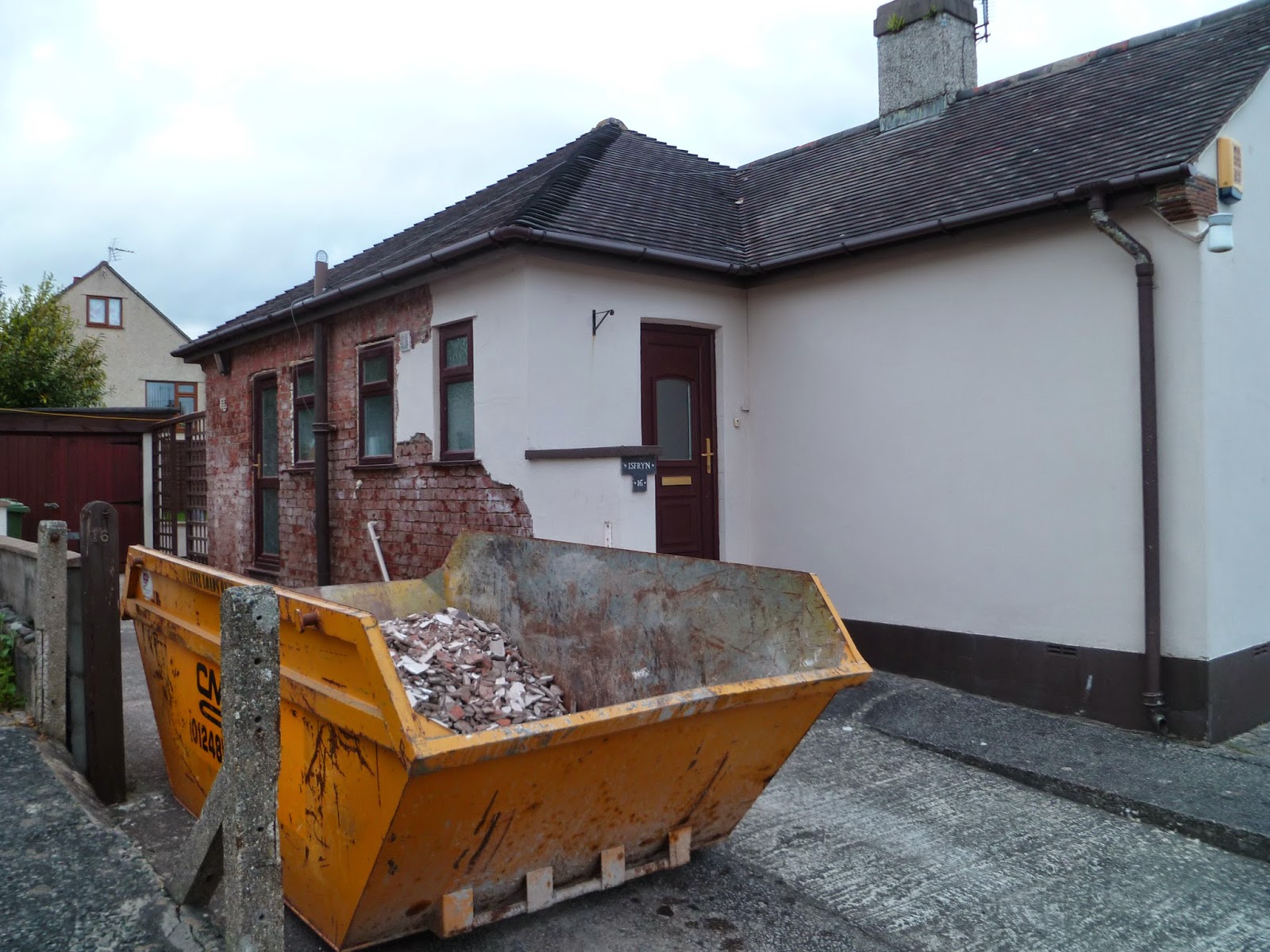