Back in the days, it seemed that spring 2014 would be a good time to tell the world about the iGlass project. We expected results by then! So I submitted an abstract. By the time it got accepted it had become clear I would by then be employed by Bangor University. Now what? Luckily, academia is a special kind of society, with lots of collaboration, so it was quickly agreed that I would go, representing York, and paid by York, but in Bangor's time. I would present my sea level work, but also have the opportunity to liaise with my current project partners. And perhaps hang out with old friends. It sounded good!

I hadn't really counted on it being so difficult to get to Vienna from Bangor. I couldn't fly from Liverpool at all, I could only fly indirectly from Manchester... and when I then settled on a flight from Manchester via Frankfurt I found out that although I flew 12:30, I could not get to the airport in time by train. No problem; I have a car, but it shows you the extent of Bangor's isolation!

And not only Bangor displayed aspects of isolation; so did I. Quite often you book the same hotel with people from the same institute/project, and hang out a lot, but I had already been distanced from York and not excessively integrated in Bangor, so I fell a bit in between, socially speaking. And no place to feel lonely like a conference with well over 10.000 people. I didn't worry about that too much; stuff generally works out. And I don't mind being alone, really, even though it can be a bit of a waste if you know you're surrounded by old friends you only rarely get to see.

I also needed to stay somewhere. I knew with the conference you would get free travel on Vienna public transport. So I made sure I found a place along the underground line going to the congress centre. And then quite far in the direction of the latter; it's too expensive in town! And I found a nice-looking apartment. I prefer these over hotels... 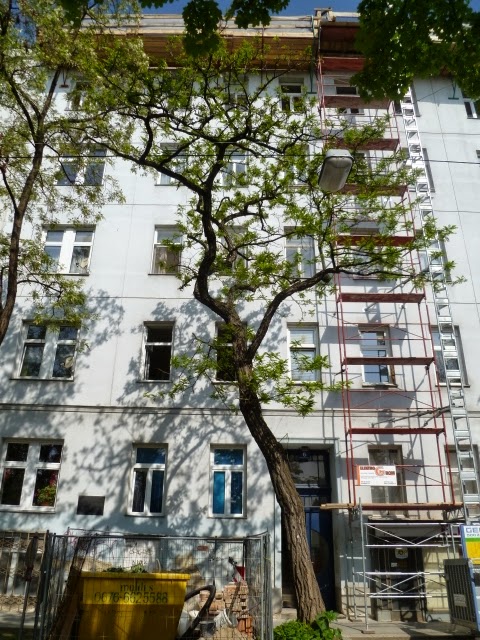 The building my apartment was in. Yes that scaffold is bad news, noise-wise... otherwise all spiffing! 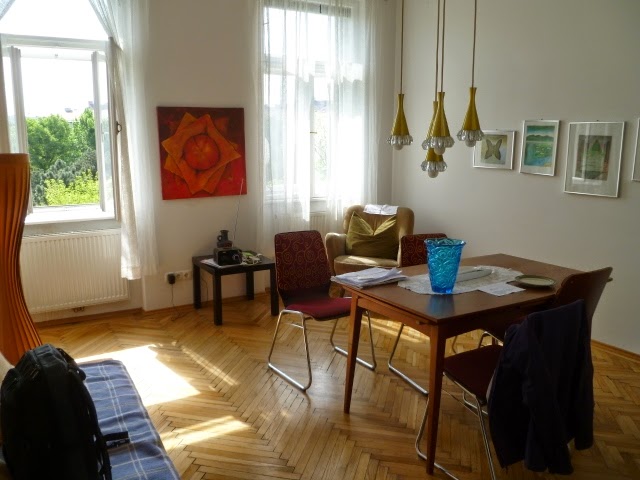 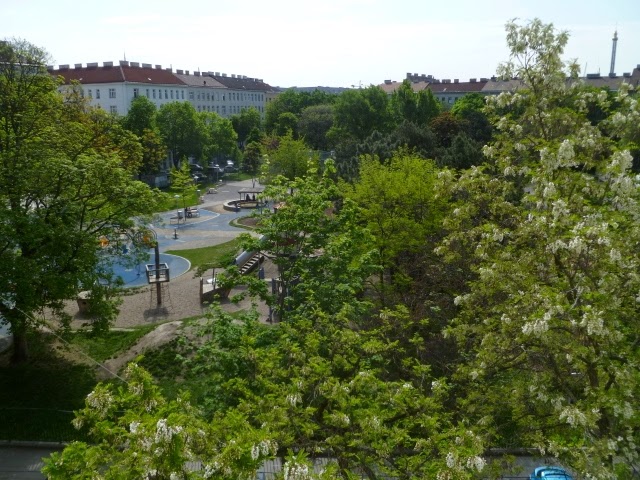 And then the day came. I had made a poster, and sent it to York, where Roland had it printed. He would bring it. That was nice! Nu lugging around of a clumsy poster case. And it took me almost 12 hours from door to door, but I got to my little apartment without trouble. It was rather snug! Looked out over a small park. And after all that travelling I wanted company and a beer, and both desired were fulfilled; Emma was in town too, and she indirectly directed me to a pub where she was having beer with some friends. Excellent! So after some käsespätzle, märzen and banter I was all ready to face a week of early starts, late nights and an information overload. Bring it on! 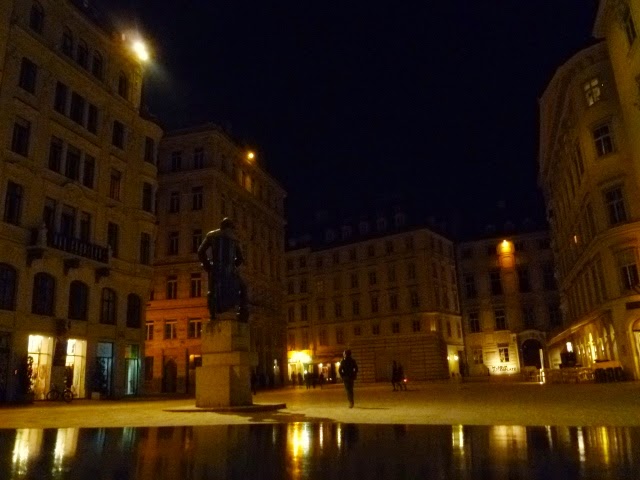 Vienna by night
Posted by Margot at 13:51